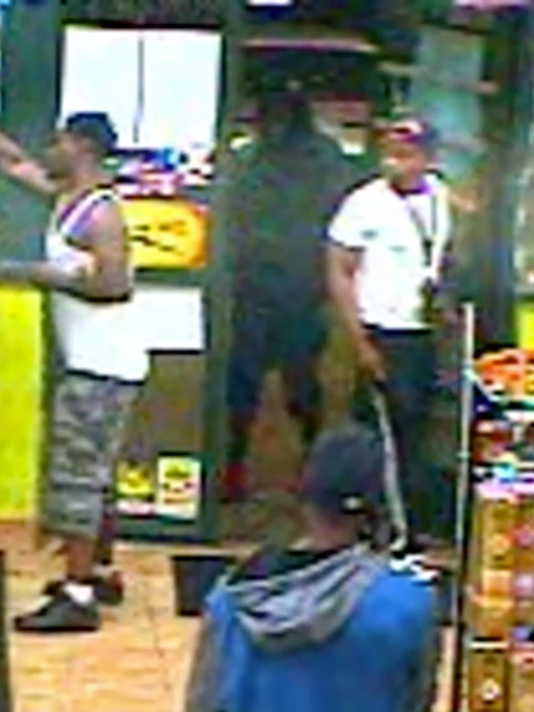 Detroit police are seeking the identity of a male seen at right in a white T-shirt in connection with a homicide.(Photo: Detroit police)

A 27-year-old was killed on Detroit's east side after being shot at a gas station, police said.

Detroit police are investigating the shooting, which happened at about 11:51 p.m. Thursday at a Valero gas station in the 1200 block of East Seven Mile near Interstate 75, said Detroit police spokesman Dontae Freeman.

He said the victim was shot multiple times and was taken to a hospital where he died from his injuries.

DPD needs your help locating a person of interest wanted in connection to a homicide that took place on June, 14, 2018 in the 14000 block of East Seven Mile. If you recognize this person or know of their whereabouts, contact DPD Homicide at 313-596-2260 or 1800-SPEAKUP. pic.twitter.com/nDAucP8Lnj

Police released surveillance video captured by the gas station's security system of a man who is wanted for questioning in connection to the shooting. The man was wearing a blue and orange baseball cap, a white T-shirt and keys around his neck. Police said he escaped in a gray Dodge Charger.

Anyone with information about the shooting or the man's whereabouts should call the Detroit Police Department's Homicide Unit at (313) 596-2260 or Crime Stoppers of Michigan at 1-800-SPEAK-UP.