WSU: Lessenberry harassed students; would have been fired

Jack Lessenberry, who resigned as head of WSU journalism program, would have been fired for harassment if he hadn't resigned, report finds

WSU: Lessenberry harassed students; would have been fired 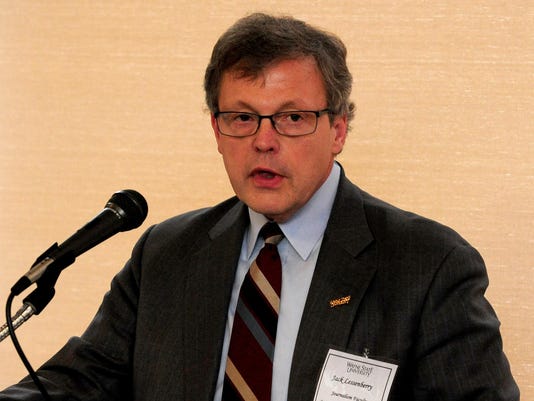 Detroit — The former head of Wayne State University's journalism program would have been fired for sexual harassment if he hadn't resigned, the school said Wednesday.

A school official told an alleged victim in an email Wednesday that an investigation found journalism director Jack Lessenberry had violated school rules on non-discrimination and sexual harassment.

Galante said Lessenberry was given a chance to participate in the investigation into alleged misconduct with women but declined to do so. He resigned in June while the probe was ongoing.

The email didn't describe specifics about the alleged harassment or the ensuing investigation by private attorney Tara Mahoney.

Lessenberry, a longtime figure in Detroit journalism in various guises, was the subject of a critical story in May on Deadline Detroit that accused him of a "long history of questionable behavior with women."

Contacted by The Detroit News on Wednesday, Lessenberry said he didn't participate in the investigation because he believed it was a preordained process.

"I would like to say that I never intended to harass anyone and wish all of my former students well," he wrote in an email.

Lessenberry also said that, during his 25 years at Wayne State, no one had ever filed a formal harassment complaint against him.

Despite the school's findings, Lessenberry's boss at radio station 910 AM said he has no intention of removing him from his two-hour morning slot.

Station owner Kevin Adell, who hired Lessenberry amid the controversy in June, had said earlier the accusations hadn't been proven.

Contacted by The News on Wednesday, Adell said he wasn't familiar with the details of the investigation.

"I haven't seen it first-hand but it won't change my opinion," he said. "Jack is very good. He's doing a great job."

The school, in its email to the alleged victim, referred to more than one victim. It also apologized for Lessenberry's actions.

"We deeply regret that Wayne State students have been subjected to this type of inappropriate behavior," wrote Galante. "We hope this brings some closure to those students who were mistreated by Mr. Lessenberry."

Galante and school officials could not be reached for comment about the investigation.

Deadline Detroit reported he allegedly made inappropriate remarks and paid undue attention to women stretching back to the 1990s, when he was an editor at the Commercial Appeal in Memphis and continuing at Wayne State.

After the report, Lessenberry resigned as a political analyst for Michigan Radio and, after being suspended, quit as a columnist at Metro Times.

Lessenberry also served as the ombudsman and writing coach at the Toledo Blade.

Leaders with the Toledo Newspaper Guild, which represents employees at the publication, had called for his firing when news about the accusations first broke, president Nolan Rosenkrans wrote on Twitter on Wednesday.

"They said they'd wait on WSU's report. Now that it's here, I'm reiterating our call to fire Lessenberry," he tweeted. "It should have happened months ago, but it's never too late to do the right thing."