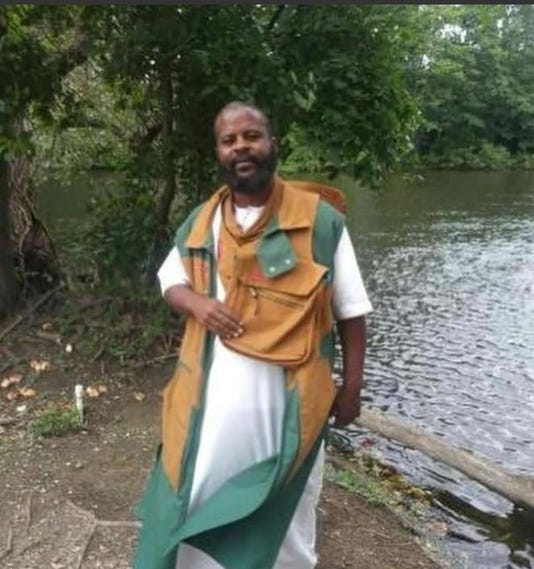 Detroit police have released two suspects who were arrested in the wake of last week's shooting that left a 5-year-old girl dead and her mother wounded.

In a related case, Detroit detectives have recused themselves from investigating an officer-involved fatal shooting that occurred during the search for the gunman who killed Isabella Coleman and shot her mother, Dejiza Coleman, as they lay in bed together in their home in the 19000 block of Lyndon.

Detroit police Chief James Craig said the shooting of Isabella and her mother Thursday night was sparked by a feud between the adult victim and her sister. Craig said someone shot Coleman 16 times in the torso and upper extremities before firing a single round to Isabella's head. Several .22 caliber shell casings were found at the scene, he said.

It remains unclear whether the gunman meant to kill the child, Craig said.

Police arrested Coleman's sister and another male relative shortly after the shooting — but the two suspects were released Sunday because there wasn't enough evidence to charge them, Craig said.

"By releasing them, that doesn't mean they're ruled out as suspects, but we can't keep them in custody beyond 48 hours without charging them," Craig said. "The investigation is still open."

Coleman is recovering in Sinai-Grace Hospital, deputy chief David LeValley said. He said investigators interviewed her the night of the incident. Her condition was unclear Tuesday.

Hours after the Coleman shooting, investigators got a tip that the suspect was holed up in a house in the 3200 block of Evergreen, Craig said. Members of the Detroit Police Special Response Team secured a search warrant from a Wayne County judge and raided the west-side house.

The department's Homicide Task Force, made up of Detroit and Michigan State Police investigators, usually looks into shootings involving Detroit cops. But the Task Force also handles homicides of children, and since the squad helped investigate the Coleman shooting, it created a conflict, Craig said.

"During a meeting with (Wayne County prosecutors) over the weekend, they recommended we let MSP investigate this case alone, because the Task Force was involved in the initial investigation," Craig said. "I agreed with the prosecutors, and we handed the investigation off to the MSP Flint post."

"The case went to the Third District Investigative Response Team Saturday, and when they're finished with the investigation they'll turn their findings over to Wayne County prosecutors," Shaw said.

Assistant Wayne County prosecutor Maria Miller added: "We believe it’s best that DPD not handle the investigation because some of their officers were on the Task Force. Usually in this situation, these cases are given to Michigan State Police, and that's eventually what happened."

As officers armed with the search warrant prepared to enter the home on Evergreen, Craig said body-worn camera footage shows the cops yelled "search warrant!" and deployed a flash-bang grenade before breaching the front door.

Craig said video footage he reviewed from the lead officer's body-worn camera was too dark to determine what happened, although he said another officer's camera captured a pistol-grip AR-15-style weapon lying on the floor next to Driver.

Driver's family has launched an online campaign questioning the police account of his shooting.

Driver had converted to Islam and changed his name to Abdullah Abdul Muhiman, although he was known by the nickname "Dullah Beard," said his older brother, Jabril Salam.

"Right now, everything is up in the air," he said. "There is an ongoing investigation, so there's not much to say. Everything is numb right now, and emotions are high. We've still got to bury a baby and my little brother; and we had another death in the family."

Dawud Walid, director of the Michigan chapter of the Council on American-Islamic Relations, said his organization is looking into Muhiman's shooting.

Twitter posters using the hashtag #JusticeforDullahbeard claim police went into the wrong house. They compared the shooting with an incident earlier this month in which a Dallas police officer fatally shot a man after she claimed she mistakenly went into the wrong apartment.

"This is awful," posted Namira Islam, a Metro Detroit attorney and executive director of the Muslim Anti-Racism Coalition. "Detroit police 'mistakenly' entered the wrong home and killed ... Abdullah Beard just a few days ago. #BlackLivesMatter. Please amplify this call for justice and donate to cover funeral costs and support the family."

As of Tuesday afternoon, the post had gotten 365 likes and had been retweeted 556 times. A crowdfunding campaign on launchgood.com had raised more than $8,600 to help Driver's family with funeral expenses.

Craig insisted while Driver may not have been the man police were looking for, there was no mistake.

"We got a search warrant authorized by a judge who decided we had probable cause," he said. "We arrested a person of interest at the location.

"A Jeep that was seen leaving the homicide scene was found at the same location where the warrant was served," Craig said. "It was absolutely the right place to be. The body-cam video clearly shows the officers announced themselves before entering the home.

"Unfortunately, while (Driver) wasn't the suspect in the killing of the 5-year-old girl, he created a situation when he pointed the gun at the officers," Craig said. "The officers didn't know who he was; all they knew was that he was pointing a gun at them, so they stopped the threat.

"We don't have any reason to believe (Driver) was involved in  the shooting (of Isabella and her mother)," Craig said. "So he wasn't a target — but the minute he pointed a gun at police officers, that was a game-changer."

Craig said 10 packets of heroin were found at the house. "It appeared to be packaged for sale," he said.

Driver had a 2009 federal conviction for carrying a concealed weapon and was involved in a 2007 insurance fraud case, Craig said. He also was charged with another crime under the Holmes Youthful Trainee Act, although details were suppressed.

The officer involved in the fatal shooting, a 20-year veteran, has been placed on paid leave and is seeing a psychologist, which is standard procedure in officer-involved shootings, Craig said.

The chief said the officer has not been involved in any shootings during his seven years on the Special Response Team, but four years into his career, while at the 8th Precinct, he did fire his gun at a suspect. Craig said he was exonerated in that case.

Friday's incident was the fifth shooting by an on-duty officer this year, and the first fatality, police officials said.