The nonprofit gave Detroit Mayor Mike Duggan the award for his continued support to the city and the Goodfellows organization.

Detroit — The charity that works to give every kid a Christmas honored Detroit's mayor Tuesday for his commitment to the city and the nonprofit.

The Old Newsboys Goodfellow Fund of Detroit presented Mike Duggan with its Edward H. McNamara Goodfellow of the Year award.

Duggan was given the award at the Detroit Goodfellows’ 29th annual Tribute Breakfast at Cobo Center in downtown Detroit.

"This is special for so many reasons," the mayor said. "And to get an award named after Ed McNamara is a great honor."

McNamara died in 2006 at the age of 79. He served as Wayne County Executive between 1987 and 2002 and was a past chairman of the Goodfellows. He also was a mentor to Duggan, who was McNamara's deputy county executive from 1987 to 2000.

Known for its “No Kiddie without a Christmas” mission and for giving holiday packages to children in Detroit and other cities, the Detroit Goodfellows annually gives the award to distinguished and noteworthy individuals who have significantly contributed to the community. 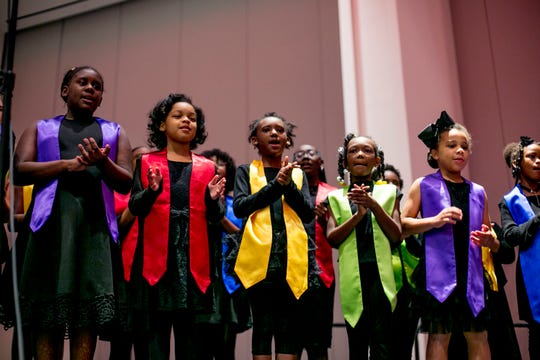 Charity officials said Duggan was given the award this year to recognize his devotion to the city and to the Goodfellows Fund of Detroit.

"Our organization is thrilled to honor Mayor Mike Duggan with the Edward H. McNamara Goodfellow of the Year Award," said Marshall Hunt, Detroit Goodfellows' president. "His unwavering dedication to the city and Detroit citizens, as well as his support and direct involvement with the Detroit Goodfellows and this even, is something we appreciate. We're grateful to Mayor Duggan for all of his support."

The Detroit Goodfellows is an iconic Detroit nonprofit that’s been around from more than a century. James J. Brady, who was director of the Internal Revenue Service in Detroit, started the charity in 1914 after seeing a cartoon of a forlorn child in The Detroit News.

Past recipients of the Goodfellow of the Year Award include Anderson, Illitch Holdings Inc. founders Mike and Marian Illitch, The Detroit Police Department, and Kid Rock.

Also Tuesday, two Detroit teens were recognized for their efforts to make the city a better place to live.

Davion Jackson, 17, and Taylor Robinson, 14, were each given the Ernest Lofton Junior Goodfellow of the Year Award. It's the second year the charity has given out the award. 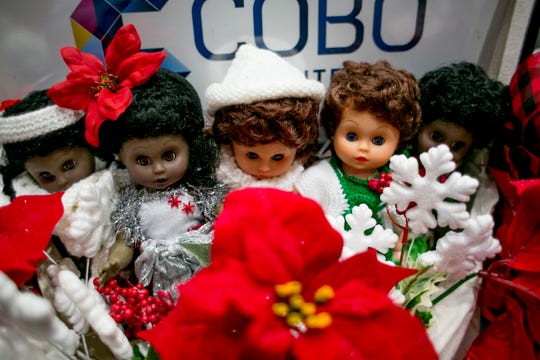 The award is meant to honor teens who help others through community service or volunteer activities. The award is named for longtime Detroit Goodfellow and United Auto Workers labor leader Ernest “Ernie” Lofton, who died Aug. 4, 2016.

Davion received the award for being a S.A.Y. Play Center Summer of Success camp counselor and a mentor. Taylor was recognized for being the first-ever Summer Jam Day Camp Ambassador and her volunteer work with Gleaners "Kids helping Kids" program.

The annual breakfast event is a fundraiser for the charity and proceeds go toward the Goodfellows' 2018 goal of $1.25 million, which will help give 33,000 holiday gift packages to needy children in Detroit, Highland Park, Harper Woods, River Rouge and Hamtramck. The packages contain clothing, books, candy and toys.

About 9,000 packages for girls ages 4 to 9 come with dolls with custom-made outfits. The dolls are also part of another of the charity's events, a doll-dressing competition. Doll-dressing has been part of the Goodfellows' efforts for 94 years.

Anaiya Hall, 12, a seventh-grader at the Detroit Academy of Arts & Sciences was also one of the speakers at this year's event.

She said remembers getting a Christmas package from the Goodfellows when she was about 7.

"I remember the day," Anaiya said. "I was so excited. I opened it slowly. There were a whole bunch of things, like toys, books and clothes. But my favorite thing had to be the doll."

She said she was touched to get the package.

"It was hard to believe that people I didn't even know cared enough to give me those things," Anaiya said. "It made me feel so special to receive those gifts."

Donations to the Goodfellows should be sent to The Old Newsboys’ Goodfellow Fund of Detroit, P.O. Box 44444, Detroit, MI 48244-0444 or made online at detroitgoodfellows.org.

It’s largest fundraiser is the Detroit Goodfellows Sales Day, when its volunteers take to Metro Detroit's streets the Monday after Thanksgiving to sell special editions of The Detroit News and Detroit Free Press. This year, sales day will be Nov. 26.