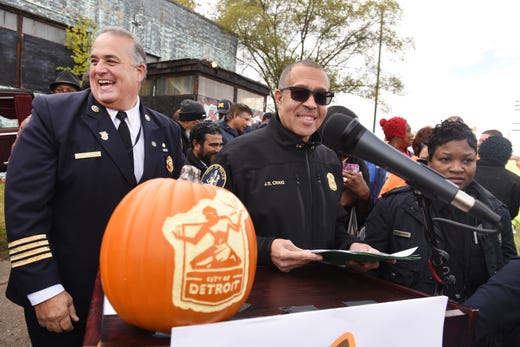 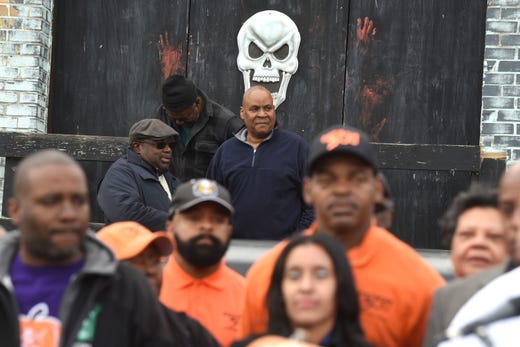 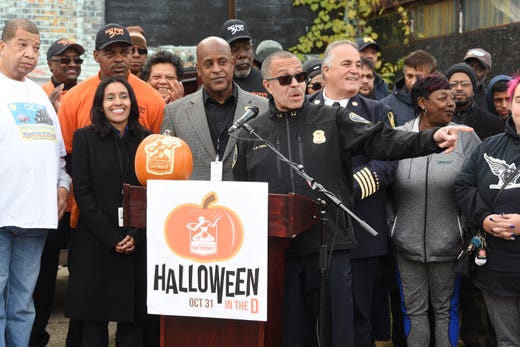 Detroit Police Chief James Craig recognizes the many volunteers at the announcement about the city's new Halloween in the D celebration. Max Ortiz, The Detroit News
Fullscreen 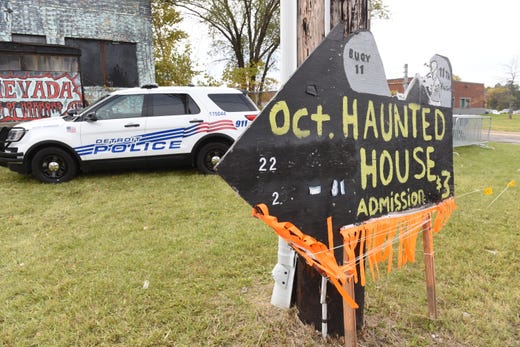 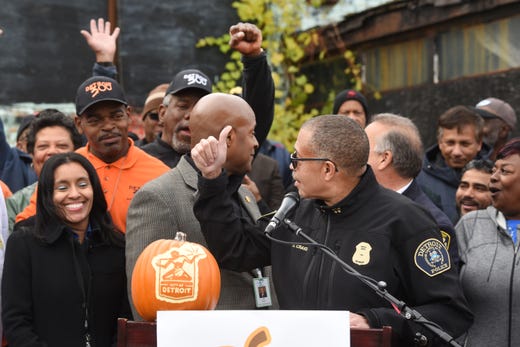 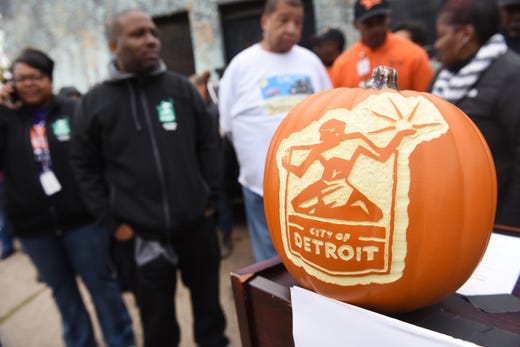 A carved pumpkin is seen as the City of Detroit announces their new Halloween in the D celebration. Max Ortiz, The Detroit News
Fullscreen 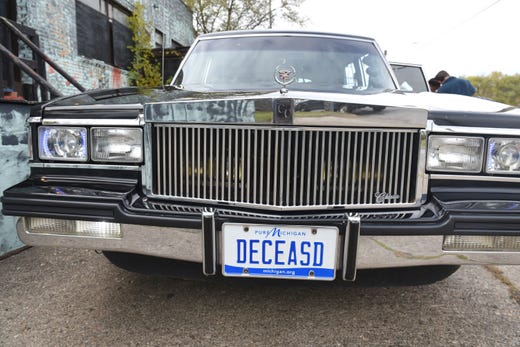 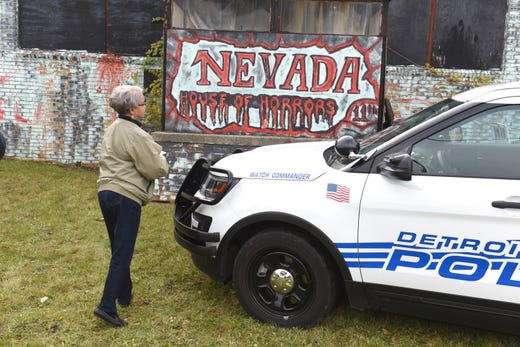 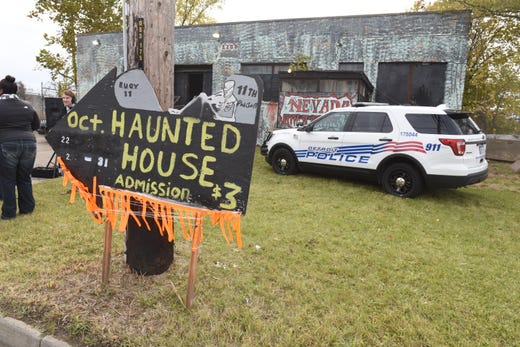 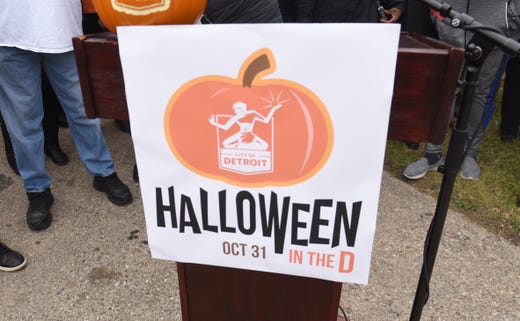 Signage for the city's new Halloween in the D celebration. Max Ortiz, The Detroit News
Fullscreen 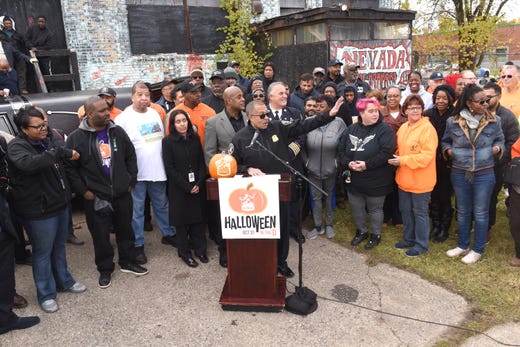 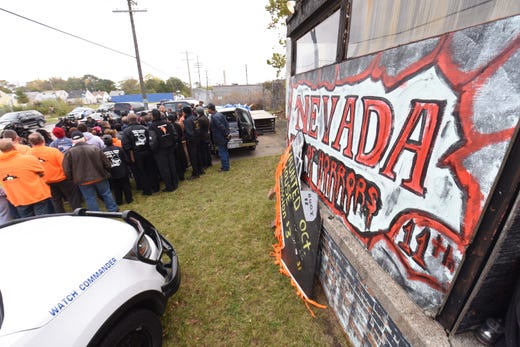 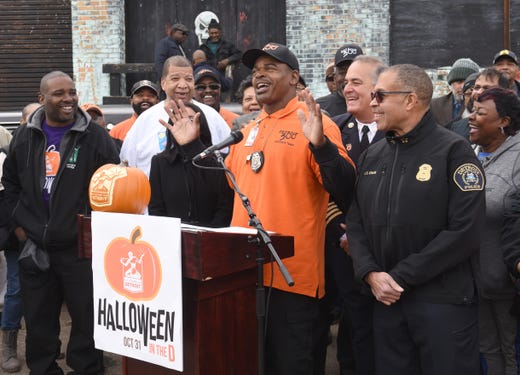 Eric Ford, center, of the Detroit 300, reacts to his comments on "Hollywood in the D" outside the 11th precinct's "Haunted House." Max Ortiz, The Detroit News
Fullscreen 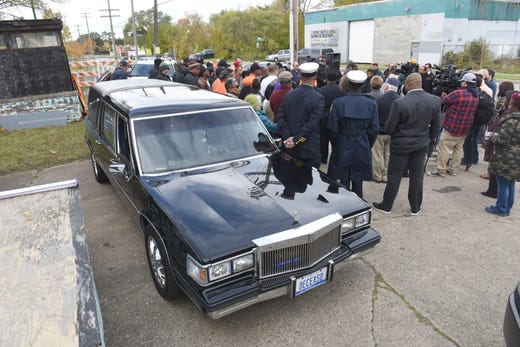 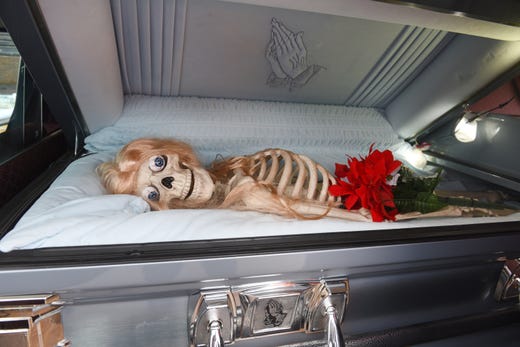 Mike Hinton's 1985 Cadillac is decorated to reflect the season as officials announce the city's Halloween in the D events. Max Ortiz, The Detroit News
Fullscreen 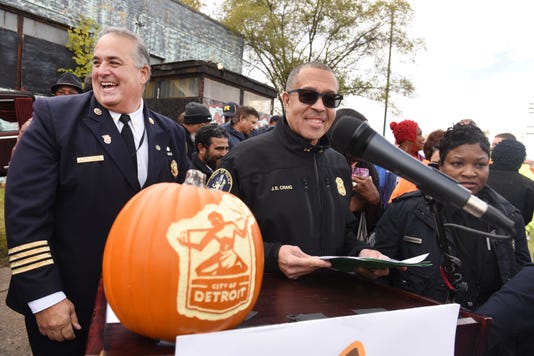 Detroit —  Despite not continuing traditional Angels' Night efforts to combat arson, Detroit's police chief said Friday said authorities will still be focused on community safety and partnering with patrol groups amid concerns about the change in strategy.

"Safety is our No. 1 priority over the three-day Halloween in the D and that has not changed," Chief James Craig said. “I’m not going to tell you the numbers of how many police officers were going to have on the field but know we are sufficiently staffed.

"Even our investigative personnel, many will be working nights during this three-day holiday."

The remarks come as for the first time in decades, the city of Detroit is changing its Halloween campaign from heavily focusing on preventing crime back to serving up candy at celebratory citywide events.

Craig said over the last five years, crimes have continued to decrease during the three-day period leading up to Oct. 31, and he thinks replacing Angels’ Night efforts with Halloween in the D will create a "better holiday."

"Halloween in the D is all about the children. It’s all about family so I’m excited for where we have come," Craig said Friday during a press conference at the 11th precinct. "Let's make this year another testament to our turn around and Detroit becoming a very safe city."

Detroit battled against firebugs for decades in what was once called Devils' Night for the three days leading up to Halloween, but the number dropped so dramatically, officials decided last fall to disband the Angels' Night patrol effort.

The numbers are a steep departure from the city's peak of 810 fires over the three-day span in 1984. Since then, fires have consistently fallen to 354 fires in 1994, to just over 50 fires over the last three seasons.

Detroit Fire Commissioner Eric Jones said, similar to last year, four additional fire companies have been enlisted for Tuesday and Wednesday. Jones also said he would be strategically deploying additional resources from other areas of the department.

"Although some of the citizen patrols will be scaled back, police and fire protection will not be scaled back," Jones said. "Year after year, we've seen a decrease. ... I can tell you there will be a low-profile, robust layer of protection. It's time to transition and give this day back to the children."

Detroit Police Chief James Craig talks about the transition from Angels’ Night to “Halloween in the D” and Detroit Fire Commissioner Eric Jones says the change was made after they saw a 37% decrease in fires since 2014. More on @detroitnewspic.twitter.com/YqC64TCSso

The city's fire union, meanwhile, is questioning the move from Angels' Night to Halloween in the D and says it's hoping it won't backfire.

"Who did that hurt to have the angels out? It was a nationally known presence and it worked," said Mike Nevin, president of the Detroit Fire Fighter Association. "There was a whole program that was put together and everybody bought into it. Why end a successful program? It worked and we knew it worked. Those yellow lights made a difference."

Nevin, who added the two programs could have been blended, said "our guys aren't happy."

"I hope it's a success," he said. "We don't want it to go backwards. Nobody is wishing for fires."

Many of the city's 600-citizen radio patrollers are expected to be on deck along with such groups as Detroit 300, a community action team that battles crime.

"I'm asking everyone who is able to step out on the porch and keep an eye on our kids and, most importantly, the single mothers who will be out there by themselves giving their kids an opportunity to enjoy our new Halloween in the D," said Eric Ford, of Detroit 300.

"We will be riding and patrolling on east and west side of our great city. We will also have our communication department stationed at our headquarters in case any radio patrol or citizens might need our support."

Nicole Fisher, a resident in southwest Detroit, is part of the West Vernor community patrol and says it's an important role to watch out for children and parents as they roam through the dark streets.

"We are strictly eyes and ears for the police who cannot be everywhere," said Fisher, 39. "Our biggest problem is the streets not being lit up enough. Some houses don't even have candy but have the light on because it's dark. ... We're working on that, and we’ve noticed since 2013, it’s getting better."

Halloween in the D events

Events are planned throughout the city on Halloween on Wednesday, including three haunted parks at Rouge, Chandler and Clark parks from 5- 8 p.m.

A harvest fest will take place at Spirit Plaza on Woodward Avenue from 5 p.m.-8 p.m. and "trunk-or-treat" events will be offered at all 12 Detroit Police precincts. Every fire station will open its doors on Halloween to pass out candy and offer children a look at the fire equipment.

A haunted DDOT bus will be stationed at the Detroit Police 10th Precinct, 12000 Livernois, joined by the roving Ghostbusters.

On Oct. 30, there will be seven community meals — one in each district — to celebrate and recruit volunteers for year-round neighborhood radio patrols.

There will also be three haunted houses presented by the Detroit Land Bank Authority at: