Investigators allege Izabella Coleman was sleeping in bed with her mother about 10 p.m. Sept. 13 in the 19000 block of Lyndon when an intruder opened fire 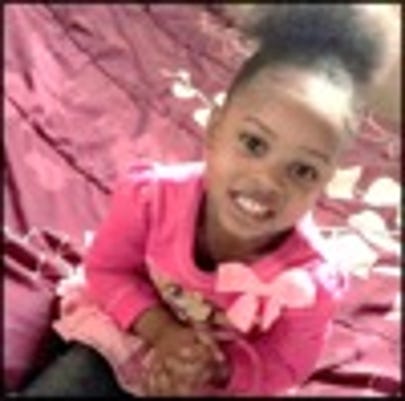 On Friday, September 14th, 2018, 5-year old, Izabella Coleman, pictured, and her mother, Dejiza Coleman, were both were shot as they slept in bed. The incident happened at 19642 Lyndon St. near Evergreen on Detroit's west side.(Photo: Photo courtesy Crime Stoppers of Michigan)

Two months after a shooting left a 5-year-old girl dead and her mother injured on Detroit's west side, Crime Stoppers of Michigan is offering $2,500 for tips to find a suspect.

Investigators allege Izabella and Dejiza Coleman were sleeping in bed about 10 p.m. Sept. 13 in the 19000 block of Lyndon when a male dressed in dark clothing entered the home through the front door, walked to the bedroom and opened fire.

Detroit police have said the incident stemmed from a feud. Within hours, officers executing a search warrant related to a tip on a possible suspect in the shooting fatally shot a 46-year-old man.

Activists decried the action, while authorities say body camera footage shows the man was holding a gun when a member of an investigative team approached.

Meanwhile, two people arrested in connection with the Coleman shooting were released.

Izabella had recently been enrolled to start kindergarten and "was a great help to her mom" in helping care for a 3-year-old brother, Crime Stoppers officials said.

Her family spoke out about the loss during a press conference Wednesday.

If a tip leading to an arrest is received by 12:01 a.m. Thursday, Crime Stoppers plans to add $1,000 to its reward, the group announced.

Anyone with information can anonymously reach the group at 1-800 SPEAK-UP or www.1800speakup.org.