Security to be beefed up at Noel Night this weekend

After last year's shooting that ended with four people wounded, police promise an increased presence at the Midtown festivities

Security to be beefed up at Noel Night this weekend 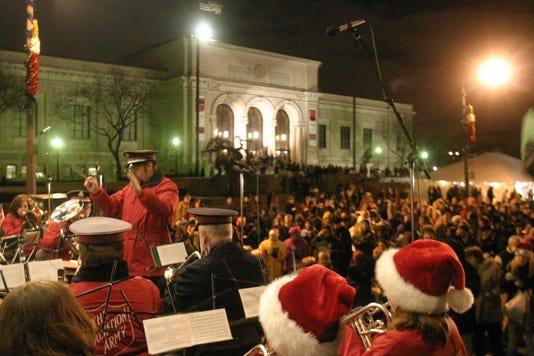 Take in the sights and sounds of the season as Noel Night takes over Detroit’s cultural center. Buses and carriages will shuttle revelers to 22 participating venues.(Photo: The Detroit News)Buy Photo

Expect plenty of cops — and a curfew — to go with caroling and cookies at this year's Noel Night.

Last year, a fight between teenagers broke out near John R. and East Warren. Witnesses said people started running before they heard a volley of gunshots. Four people were wounded: a 4-year-old boy, a 16-year-old boy, a 17-year-old girl, and a 19-year-old man. All survived.

Calvin Stephens, 16 of Detroit, pleaded no contest to two counts of assault with intent to commit great bodily harm less than murder and one count of felony firearm.

Investigators also have been monitoring social media for possible beefs that could flare up, although nothing has been flagged, said Petty, who oversees special events.

"So far, we haven't seen anything online to indicate there'll be any trouble," Petty said. "But we'll continue to monitor up until the day of the event.

"We're also going to enforce the regular curfew, so people need to pick up their kids by 10 o'clock," Petty said. "We're telling parents: Don't wait until 10 to pick up your kids; get them before that."

Immediately following last year's shooting, organizers said they considered cancelling the event. Instead, there will be increased security this year. Event planners and police originally had considered imposing a curfew for the entire event, but instead decided to move the activities in the cultural center area to the daytime, with evening events in the Midtown district.

"We had the mounted unit out last year, but only for a short time," Holt said. "I think the overall coordination has been better this year. We've met several times, and a plan will be put into effect."

Petty said last year's violence was a spur-of-the-moment flareup, which is difficult to prevent.

"A lot of times, these things start because I bumped into you; or you looked at me wrong; or you go to Cass (Technical High School), and you go to (Martin Luther) King (High School)," Petty said. "These are things you can't prevent; you just have to try to get out in front of them, which we've done."