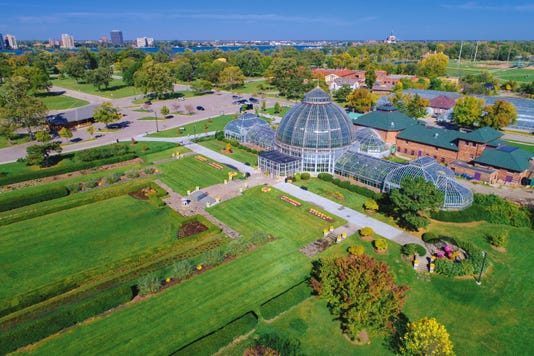 Jill Wilmot, a DTE Energy spokeswoman, said the contractor was preparing to feed an electric line under the Detroit River Thursday night when the gas line was struck, knocking out service.

The work is part of the process to establish a new energy grid on Belle Isle, she said. DTE Energy is converting the buildings on Belle Isle from the Detroit Public Lighting Department's infrastructure to the engery company's power grid.

No one was injured and the area is safe, Wilmot said.

The flow of gas to the island has been stopped and the energy company has been in contact with island customers and has provided temporary heating sources, according to the company.

"Our teams are assessing the situation and developing a restoration plan," Wilmot said. "We will provide an update as more information is available. We apologize for any inconvenience this has caused the customers on the island."