A 14-year-old girl was attacked at 6:30 p.m. Tuesday in the Whittier and Duchess area 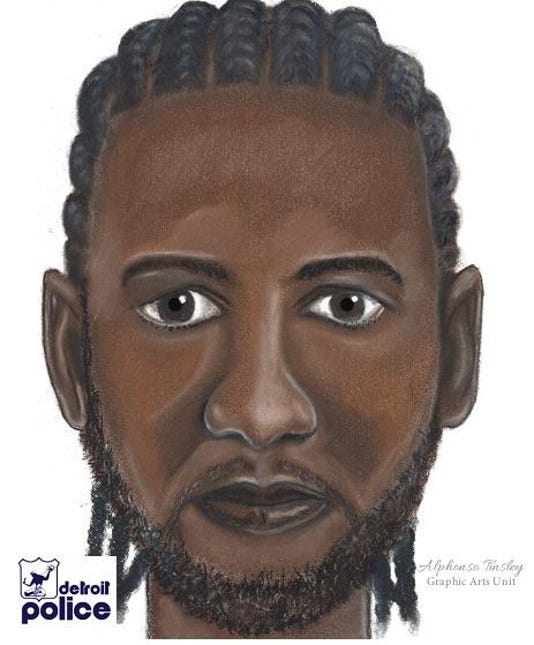 Police are seeking this man in connection with a sexual assault Tuesday on the Detroit's east side.(Photo: Detroit Police Department)

Detroit – Police are asking the public for help locating a man suspected of sexually assaulting a 14-year-old girl Tuesday on the city's east side.

The attack happened at about 6:30 p.m. in the area of Whittier and Duchess avenues, according to authorities.

The victim told investigators she was walking in the area when an unknown suspect, armed with a knife, approached her from behind and forced her into an alley where he sexually assaulted her, officials said.

After the attack, the suspect fled toward Morang and disappeared, police said.

The man is described as 5-foot-9-inches tall and weighing 200-225 pounds. He also had a full beard and short braids. He was wearing a black hooded sweatshirt, black pants and black Nike Air Force One shoes, according to officials.

Police have also released a sketch of the suspect.

Anyone with information about the incident or suspect should call the Detroit Police Department's Sex Crimes Unit at (313) 596-1950 or Crime Stoppers of Michigan at 1-800-SPEAK- UP.