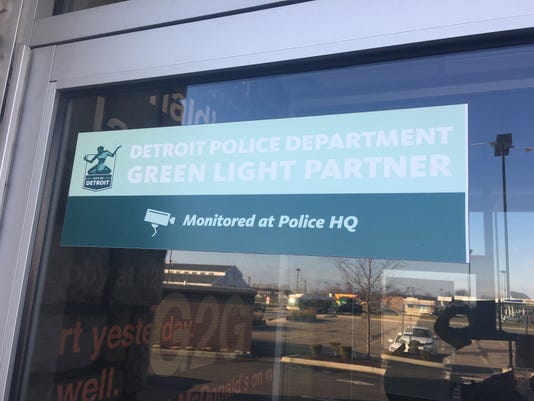 Owners of a McDonald's restaurant on Eight Mile near Woodward in Detroit are being sued by the city, which alleges it and three other outlets are displaying signs that make it appear the business is part of Project Green Light.(Photo: George Hunter / The Detroit News)Buy Photo

Detroit — City officials want to put up a red light to stop businesses it says are falsely claiming to be part of the Project Green Light anti-crime program.

Detroit's Law Department filed a lawsuit Wednesday in U.S. District Court against ECS Partnership LLC, which owns McDonald's restaurants in the city. The suit claims four of the company's restaurants are violating copyright laws by displaying signs similar to those used by Project Green Light participants.

The restaurants' use of the signs "is clearly intended to mislead consumers to believe that (the businesses) are either sponsored by or a participant of 'Project Greenlight Detroit,'" the lawsuit said. 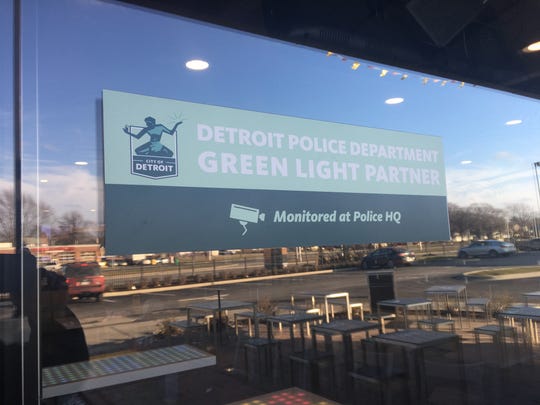 Owners of a McDonald's restaurant on Eight Mile near Woodward in Detroit are being sued by the city, which alleges it and three other outlets are displaying signs that make it appear the business is part of Project Green Light. (Photo: George Hunter / The Detroit News)

Police officials say they want to ensure businesses don't deceitfully claim they're part of Project Green Light because it would undermine the program's effectiveness.

Officials at ECS Partnership did not reply to a request for comment Thursday.

The city on Feb. 27, 2018, was issued Federal Trademark Registration #5414793 by the U.S. Patent and Trademark Office, copyrighting the "Project Green Light Mark."

According to the city's lawsuit, the four McDonald's restaurants are "using without authorization (the Green Light) marks, or a confusingly similar variation thereof."

The restaurants named in the suit are at 9815 Grand River, 1321 W. Eight Mile, 14271 Gratiot, and 10400 Gratiot. In the eight-page filing, the word "Greenlight" is incorrectly spelled using one word, as opposed to the two words used on the city website and on the copyright.

According to the lawsuit, "at one time (some of the restaurants) did become or attempted to become Greenlight partners. However, none of them maintained the proper lighting and surveillance equipment to continue in the program and they were terminated.

"Nevertheless (the restaurants) continued to display signage falsely indicating that (they) were continuing as a partner in DPD's Project Greenlight," the suit. "The signage misleads the public and undermines the public safety initiative."

The lawsuit seeks unspecified "statutory damages" along with attorney and court fees.

Project Green Light was launched Jan. 1, 2016, at eight businesses. As of Dec. 31, there were 474 participants in the program that follows the "Broken Windows" theory of policing, which holds that a clean, well-lighted area will help reduce crime.

Detroit police officials say violent crime has been reduced by 23 percent at Green Light locations since the program started.

Businesses pay between $4,000 and $6,000 to join Project Green Light. The cost covers installation of high-definition cameras and lighting. There also is a monthly fee of up to $150 for cloud-based video storage.

A flashing green light is installed outside each participating business, and video footage is piped live to monitors in the Real Time Crime Center at police headquarters, which is staffed by officers and civilians.

"It's more than a flashing light," White said. "At the base of the concept is having proper lighting and cleanliness, and connectivity to the Real Time Crime Center.

"I can't speak to the ongoing litigation, but in general if we have businesses out there using false Green Light signage, it would mislead citizens into having the expectation of connectivity to the police department," White said. "That's why we copyrighted the Green Light signage."

The city in April sent out termination letters to ECF, telling its businesses they were no longer part of the Green Light program, and to take down any signage, the lawsuit said.

According to the suit, after the restaurants didn't comply, the city on Sept. 10 sent out a certified letter ordering ECF to "immediately cease and desist its unlawful use of Plaintiff's mark."