Police say a male customer arrived at the restaurant to pick up his pizza, but it wasn't ready yet. So he shot up the storefront 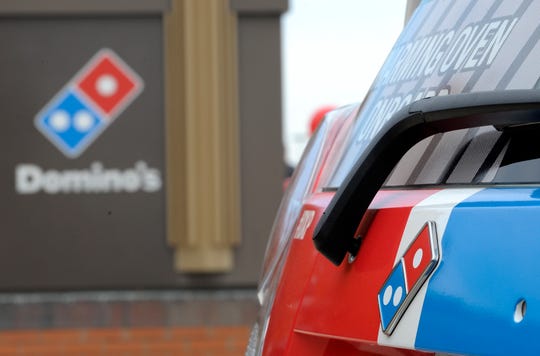 The Domino's logo is below the rear windshield wiper. (Photo: Todd McInturf, The Detroit News)

Detroit — Police are on the lookout for a man who allegedly took out his frustrations regarding an unfinished pizza order by shooting up a restaurant's storefront late Tuesday on Detroit's west side.

The shooting incident took place about 11:30 p.m. at the Domino's on the 10400 block of West McNichols, said Dontae Freeman, a Detroit Police Department spokesman. That's west of Wyoming.

Police say a male customer arrived at the restaurant to pick up his pizza, but it wasn't ready yet. The man demanded a refund.

The refund was refused, but store staff tried to offer alternative accommodations, which were rejected, Freeman said.

The man then left and fired multiple shots into the storefront. Nobody was hit.

Police did not release a description of the man.