Detroit area honors MLK: 'We can be who we want to be now because of him'

Despite the bitter cold in Metro Detroit, hundreds participated in activities honoring the life and legacy of Martin Luther King Jr.

Detroit area honors MLK: 'We can be who we want to be now because of him'

"I remember when Martin Luther King Jr. got killed my mother was sitting in front of the television and I remember how she burst into tears," Vicky Brooks said. "As we were growing up, she used to talk about all that we couldn't do because of our color, but all that we could do if we wanted to do it. ... (King) is the one that made this opportunity. We can be who we want to be now because of him." 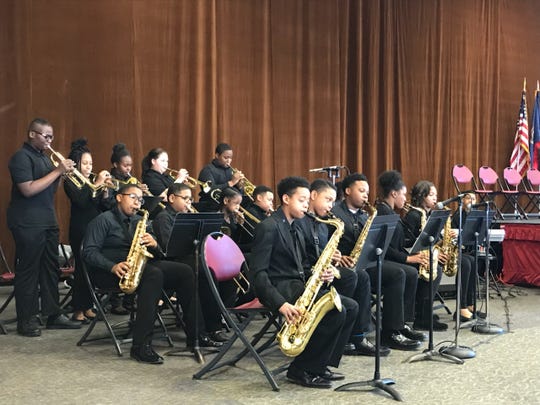 Marchers made the one-mile walk from Hope United Methodist Church on Northwestern Highway to the Southfield Municipal Complex on Evergreen before the nearly two-hour program at the Southfield Pavilion.

Jennifer Martin-Green, superintendent of Southfield Public Schools, gave the keynote speech and criticized President Donald Trump's demand for $5.7 billion to build a border wall with Mexico as the price of ending a partial shutdown of the federal government.

"This shutdown is all due to Mr. Trump requesting $5.7 billion in new federal legislation... and the Democrats said no," she said. "No to such geopolitical absurdity when the nation's infrastructure is crumbling ..."

Martin-Green quoted King's thoughts on the Berlin Wall, which he visited in 1964.

"'For here on either side of the wall are God’s children, and no man-made barrier can obliterate that fact,'” she said.

Martin-Green noted the election of the first two Muslim women in Congress Rep. Rashinda Tlaib from Michigan and Rep. Ilhan Omar from Minnesota  as well as the first Native American women elected to Congress, Rep. Sharice Davids from Kansas and Rep. Deb Haaland from New Mexico.

"Americans are fed up with the status quo of marginalizing the diversity of America," she said. "Casting their votes for change, a new landscape is forming in our nation's capital because our votes matter. All of our votes matter."

"It's very important that we keep walking and carrying Dr. Martin Luther King's message of peace, nonviolence and brotherhood," he said. "We need to act locally and do what we can do in our community to make sure that we keep making progress rather it's human rights, the environment, women's rights, immigration."

The celebration in Southfield was among many paying tribute to King, who was assassinated April 4, 1968, in Memphis, where he had gone to support striking sanitation workers. 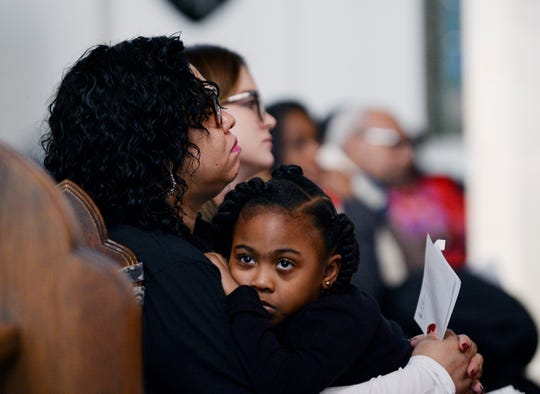 In Detroit, St. Matthew and St. Joseph’s Church on Woodward hosted an MLK Day rally that was moved indoors because of below-zero windchill.

“We’re not going to be marching this year,” emcee Abayomi Azikiwe told the crowd of more than 200 packed into the church.

Commemorating what would have been King’s 90th birthday this month, speakers focused on one of MLK’s major passions, the labor movement.

King, said the Rev. Kenneth Near, was a “great prophet” who “understood the meaning of mercy.”

Bobbi Thompson, director of the three-woman Deep River Choir, led the singing of four songs, the last of which, “Oh Freedom,” brought the sanctuary to its feet.

Bill Wylie-Kellerman, a longtime organizer and a member of the “Homrich 9” who were arrested during an action against water shutoffs in Detroit, said such actions are necessary to continue KIng's fight for justice.

“We see MLK being sanitized at so many events,” he said. “Thankfully, not this one.”
cwilliams@detroitnews.com