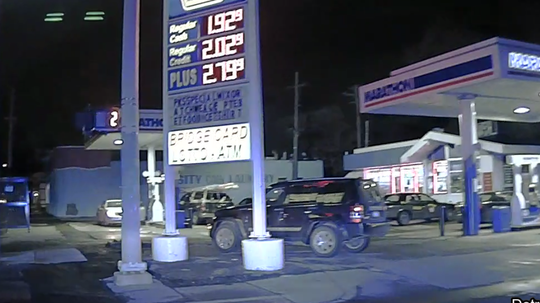 Detroit Police said they are looking to identify the suspect who was driving this SUV that was involved in a fatal Jan. 8 hit-and-run crash on the city's west side (Photo: Detroit Police Department)

Detroit — Police are asking the public for help to identify the driver who crashed into an 81-year-old man and killed him on the city's west side this month.

The fatal hit-and-run happened at about 7:10 p.m. on Jan. 8 at the intersection of Livernois and West McNichols, Detroit Police officials said Thursday.

Police also released a photograph of the vehicle investigators believe the suspect was driving.

The victim was driving west on McNichols when a dark-colored sports utility vehicle disregarded a red light on Livernois and crashed into him, authorities said. After the crash, the SUV's driver continued traveling north on Livernois.

Medics transported the victim to a hospital where he later died from his injuries, according to authorities.Anyone with information about the suspect's vehicle or the driver, they should call the Detroit Police Department's Homicide Unit at (313) 596-2260 or Crime Stoppers of Michigan at 1-800-SPEAK-UP.