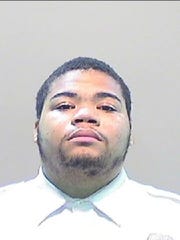 Detroit — A 21-year-old Warren man was remanded to Wayne County Jail as he faces first-degree murder and felony firearm charges in a homicide Saturday night on East Jefferson, records show.

At about 10:40 p.m. Saturday, 33-year-old Gary Harris was gunned down in the 7500 block of E. Jefferson, east of East Grand Boulevard, police said.

The Wayne County Medical Examiner says Harris died of a gunshot wound to the abdomen.

The circumstances preceding the shooting remain unclear, but police immediately suspected Tony Lamont Gates and by Wednesday he was arraigned.

Gates is due for a probable cause conference on Feb. 27, and a preliminary examination on March 6, both before Judge Cylenthia Miller.