Anton Carter, co-worker were walking door to door near Drexel and Hern at about 6:30 p.m. Oct. 30 when a man opened fire 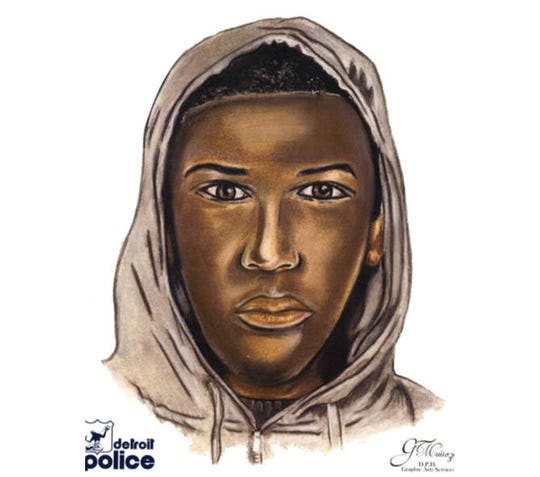 The Detroit Police sketch of the suspect. (Photo: Crime Stoppers of Michigan)

A $2,500 reward was announced Wednesday for tips in a Detroit shooting last fall that left a canvasser dead and another injured.

Anton Carter and a female co-worker were walking door to door for the grassroots group Good Jobs Now near Drexel and Hern at about 6:30 p.m. Oct. 30 when a man wearing a gray hooded zip-up sweater and dark-blue acid-washed jeans opened fire, Crime Stoppers of Michigan reported.

Investigators have said the suspect, described as 19-24 years old, 5-foot-11 and approximately 140 pounds, targeted Carter. The incident did not involve the canvassing, they said.

Carter, 24, died from his injuries. The other canvasser sought treatment for gunshot wounds, colleagues said.