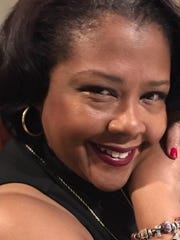 Washington, 59, argued in a court filing that she was wrongly convicted, said prosecutors relied on false grand jury testimony and insisted she lacked control over towing decisions and was unable to steer work to Fiore, who paid her a $3,000 bribe.

The request comes as Washington nears the end of a year-long sentence at a federal prison in West Virginia known as "Camp Cupcake." The nickname is a nod to the prison's low security, mountainous setting and perks, including microwave ovens, curling irons and inmate-to-inmate manicures and pedicures.

She wants U.S. District Judge David Lawson to vacate the conviction, a move that could undo a plea deal she negotiated with prosecutors and result in more prison time. The plea deal lets prosecutors reinstate a second bribery charge, a felony punishable by up to 10 years in prison, if Washington's conviction is vacated by the court.

Washington is scheduled to be released from prison July 4.

The request is the latest twist in the downfall of Washington, who prosecutors called a corrupt liar who received a free car and other illegal benefits and failed to accept responsibility. 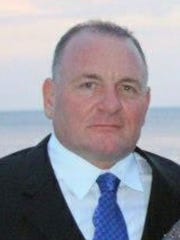 Washington blamed the bribery on Fiore, who she thought was a friend. She didn’t realize Fiore wanted favorable treatment for his towing companies until after she borrowed money, Washington said.

Fiore is serving a 21-month federal prison sentence after being convicted of bribing politicians while building a lucrative towing empire. Fiore bribed so many politicians that prosecutors dubbed him the "Baron of Bribery."

The case against Washington was notable because it offered insight into a broader, ongoing investigation that involved politicians at the highest levels of city and state politics.

Several targets of the investigation, including City Councilman Gabe Leland and former Macomb County Public Works Commissioner Anthony Marrocco, were named in a sealed wiretap affidavit obtained by The Detroit News in 2017.

The sealed wiretap document was inadvertently filed on the court's public docket by Washington's lawyer. The News obtained a copy before the court resealed the filing.