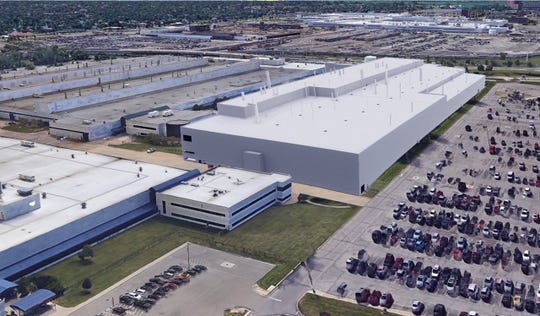 Detroit — The city said Friday it can now deliver nearly 215 acres of land to Fiat Chrysler Automobiles NV after reaching key deals with landowners, paving the way for construction of the first new auto assembly plant Detroit has seen in nearly three decades.

With the deals complete nearly a week after deadline set by an understanding between the automaker and the city, FCA can have the acreage it needs — including roughly 80 acres currently occupied by a Moroun-owned company — to expand Jefferson North Assembly and convert its Mack Avenue Engine Complex to build new versions of the Jeep Grand Cherokee, including three-row and electrified versions of the brand's full-size SUV.

The most complicated piece of the deal involved acquiring 82.2 acres of land from Moroun-owned Crown Enterprises Inc. The city struck a deal with the Morouns to pay $43.5 million and swap 117 acres of land in return for the parcel at 12141 Charlevoix St. The Moroun property was by far the most expensive, as the city acquired the other 132 acres for $4.6 million.

The 117 acres included in the land swap is scattered throughout the city in about 10 different locations, Mayor Mike Duggan said, but did not immediately provide details. Most of the parcels were pieces of land adjacent to Moroun-owned properties.

During a press conference late Friday, Duggan said 208 of the 215 acres of land had been officially acquired. Conrail, a rail company that owns the last seven acres required, was "on the phone" during the press conference, and the deal was expected to close "shortly."

"We did something that I doubt any other city would have tried," said Duggan, referring to the city's efforts to assembly nearly 215 acres of land for FCA in 65 days "without the benefit of eminent domain."

FCA's plans for the Mack Avenue site are part of a $4.5 billion investment in five of its Michigan plants, which will create some 6,500 jobs.

According to the city, the cost of the land deals was $107.6 million. The city's portion, which does not come out of the operating budget, totals $50.6 million. The other $57 million will come from state grants and loans. The city is also swapping a total of 155 acres of land as part of the deal, including the 117 given to Crown Enterprises and 25 acres for DTE Energy Co.

"We’re very proud to be here today to meet this milestone," said Mark Stewart, FCA's chief operating officer for North America. He said FCA will continue to work with city and state in the coming days to get final approvals. "We’re on a very tight timeline."

This comes one day after city officials said Detroit had “substantial” agreements for the 200 acres of land needed for the proposed plant expansion. Earlier this week, the administration also touted "significant progress" past a 60-day deadline to gather 200 acres of land for the $2.5 billion plant expansion. The rushed announcement Friday came in the final hour for Detroit and FCA.

"If we’d gone past today, we would have lost time in the construction schedule that was critical," Duggan said.

Fiat Chrysler plans to invest $1.6 billion in expanding its Mack Avenue facilities with a new plant and investing $900 million to modernize its Jefferson North Assembly Plant — directly across the street from the Mack facilities.

On Thursday, the planning and economic development committee addressed FCA-related matters including a public hearing on the establishment of an industrial development district. The committee also was presented a zoning change request and a community benefits report.

The committee voted Thursday to send the Industrial Development District request to the full council with a recommendation to approve.

The company confirmed this week that it has applied for up to $160 million from existing state incentive programs.

The committee also voted Thursday to send to the full council a recommendation to set a public hearing for the rezoning of 266 parcels to a restricted industrial district. The parcels — currently in two-family residential, thoroughfare residential, or general business districts — are generally bounded by East Warren to the north, St. Jean to the east, Kercheval to the south and Lillibridge and Beniteau to the west. 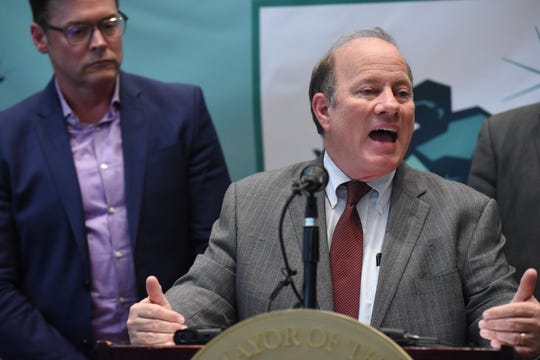 The automaker, the city and a neighborhood advisory council reached an agreement on community benefits last week after a series of community meetings. That agreement provides Detroit residents first access to plant jobs as well as FCA’s investment of $13.8 million into workforce training, education, housing and neighborhood revitalization.

On Thursday, the planning and economic development committee voted to keep the proposed community benefits agreement with the committee on May 9 rather than send it to the full City Council on Tuesday. Some committee members expressed concern about addressing the agreement before the city has completed the land acquisition.

During the City Council meeting Tuesday, Councilwoman Raquel Castaneda-Lopez said voting on the initial land transactions presented to them was "premature," considering other land agreements, tax abatements and a community benefits plan were pending.