Hundreds came to pay respects to the long-serving federal judge during his visitation at the Charles H. Wright Museum of African American History

Terrance Keith thanked hundreds who came to pay respects to the long-serving federal judge during his visitation Saturday at the Charles H. Wright Museum of African American History.

"His guidance carried me every day on the bench," Terrance Keith told The Detroit News. "His counsel is what guides me on how I look at the application of law and how to treat petitioners and lawyers in my courtroom. He's remembered as a beacon for justice. I hope to carry that on."

Federal Judge Damon Keith, who decided cases that involved some of America's most controversial political and social issues, died early April 28, family members said. He was 96.

One of Keith's rulings, in 1970, led to the busing of students in the Pontiac schools to racially desegregate the district, sparking a backlash. Keith recalled receiving death threats, and the year after his decision, 10 Pontiac school buses were firebombed by members of the local Ku Klux Klan.

Keith also ordered the U.S. government, under President Richard Nixon, to stop wiretapping defendants without judicial approval in a case involving the anti-war group the White Panthers and the bombing of a CIA building in Ann Arbor.

In a 2002 case, Keith rebuked the George W. Bush White House in a post-Sept. 11 decision ordering that "special interest" hearings in deportation cases be open to the public. Before the ruling, some 700 deportation cases had been heard behind in closed hearings, according to the federal government.

"I heard about him since I was a little girl and studied everything he did for Detroit and civil rights," said Fatimah Jones of Oak Park. "I had to come out and pay my respects because I greatly appreciated how he lived and worked for others."

► Key dates in the law career of Judge Damon Keith 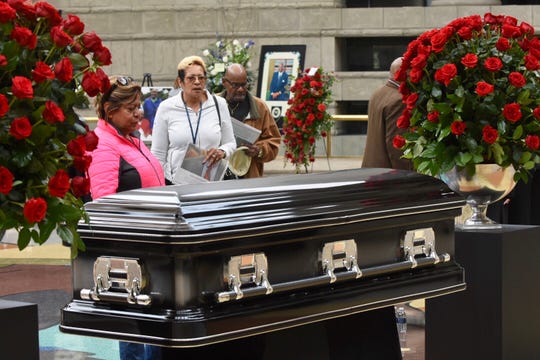 Mourners stand at the casket of the late Judge Damon J. Keith on Saturday. (Photo: Max Ortiz / The Detroit News)

Keith's casket was surrounded by bouquets of red roses, portraits and awards from the NAACP and Wayne County.

"He was an icon to the city and good friends with my pastor at Hartford Memorial Baptist Church," said Linda Riley-Hathorne, a Detroit school teacher. "I met him numerous times and he was always a down to earth guy. It's sad to see another legend gone."

"They had a personal pact that they would fight for equal justice for everyone under the law," he said. "That history carries with and inspires me each day."

The funeral will be open to the public and held at 10 a.m. May 13, at Hartford Memorial Baptist Church, 18700 James Couzens Fwy. in Detroit.  The services will be simulcast at Wayne State University's Community Arts Auditorium and on WDIV-TV (Channel 4).

Burial will be at Roseland Park Cemetery, 29001 N. Woodward in Berkley.

In lieu of flowers, the Keith family is requesting that memorial tributes in his memory be made to The Damon J. Keith Center for Civil Rights at Wayne State University Law School" to empower the next generation of civil rights leaders." 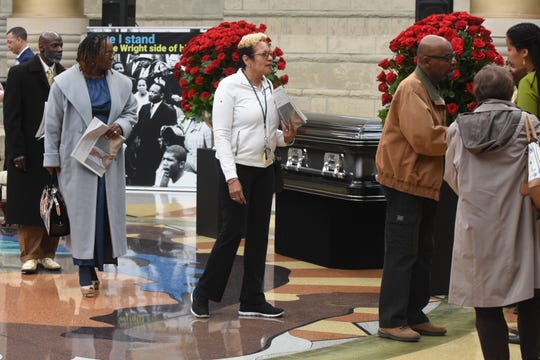