James Quill Cockerham, who was a person of interest in woman's death, to be arraigned on charges 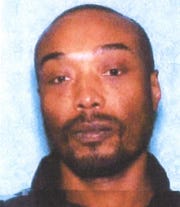 Detroit — A Detroit man charged in the slaying of a woman whose body was found last Wednesday in a dumpster was denied bond at his arraignment Monday, and will remain jailed as his case proceeds.

James Quill Cockerham, 50, was remanded to Wayne County Jail on charges of first-degree murder, torture and unlawful imprisonment in the death of Elizabeth Candice-Nicole Laird, 27, of Detroit.

"The evidence in this case shows that Ms. Laird was literally thrown away like garbage," Wayne County Prosecutor Kym Worthy said in a statement. "Her life mattered, and we will work tirelessly to make sure that her alleged killer is brought to justice."

Laird's body found about 8:45 a.m. Wednesday in a dumpster near an apartment building on the 1600 block of Robert Bradby Drive, according to police. The woman had been reported missing the day before.

More: Person of interest sought in slaying of woman found in dumpster

On Thursday, investigators identified Cockerham as a suspect in Laird's death. A tip led police to Cockerham and he was arrested Saturday in the 8000 block of Stoepel in Detroit.

He is scheduled for a probable cause conference at 8:30 a.m. May 31 and a preliminary examination at 1:30 p.m. June 7, both before Judge Kenyetta Standford Jones in 36th District Court.