The office of Attorney General Dana Nessel confirmed Friday that the office is reviewing claims that two Detroit staffers were directed to delete emails involving a nonprofit that's relationship to the mayor is being reviewed. 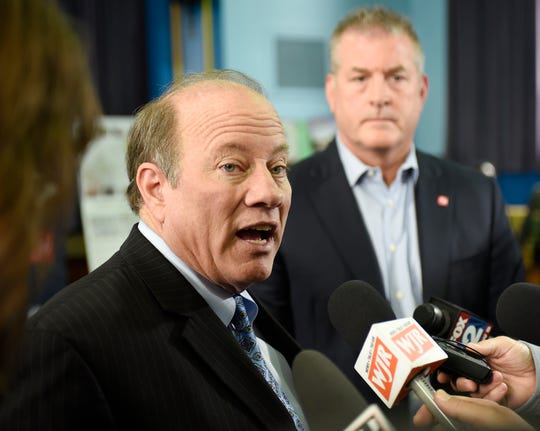 Detroit — The Michigan Attorney General's office is reviewing allegations that two city of Detroit employees were directed to delete emails related to a nonprofit dedicated to premature births.

The state's review comes amid a probe launched this spring by Detroit Inspector General Ellen Ha to determine whether Detroit Mayor Mike Duggan and city officials potentially "abused their authority" by providing preferential treatment to the program run by Wayne State University. Ha is an independent city watchdog appointed by the City Council.

The investigation was sparked by a Detroit Free Press report that Make Your Date received $358,000 in city grants and benefited from a fundraising campaign that a city official led at the mayor’s request. The Free Press first reported Friday news of the deleted emails.

The Attorney General's office initially held off on conducting its own review based on Ha's pending investigation, Rossman-McKinney said. But since learning of the complaints, Nessel has insisted the file be reopened, she said.

"In this case, the attorney general felt strongly that we had an obligation to do our own independent review," Rossman-McKinney said.

Duggan and Nessel are both Democrats.

Duggan and the university have maintained that the city never directed any dollars toward a nonprofit. The partnership, the mayor has said, was directly with the university. 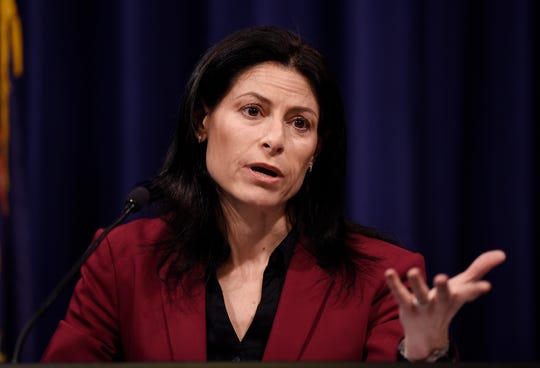 The mayor and Detroit's Chief Financial Officer David Massaron learned in early May "that there was a possibility of deleted or missing emails" in the Office of Grants and Development, Detroit Corporation Counsel Lawrence Garcia said Friday.

Massaron then worked with Ryan Friedrichs, the city's chief development officer, to resurrect them over several days, he said.

"They moved immediately to retrieve the records and turn them over to the inspector general," Garcia said. "Everything with that issue has been recovered and turned over."

The emails were turned over to Ha's office two months ago, Garcia said. He declined to discuss the circumstances of the potentially deleted emails, say how many emails were recovered or reveal how many employees and email accounts were involved, citing Ha's ongoing investigation.

"The question of whether anyone acted inappropriately in disposing of emails is something that's going to be decided by the Office of the Inspector General," he said

The office is "still in the information-gathering phase" of its investigation, said Kamau Marable, Detroit's deputy inspector general.

The Detroit News previously reported an email obtained under the Freedom of Information Act that revealed Duggan's Chief of Staff Alexis Wiley had reached out in 2017 to Hassan, looping in Friedrichs and indicating plans for "launching a large scale fundraising effort to Make Your Date."

Garcia said Duggan has signed a new executive order this month regarding rules for email retention. The city also intends to make all of the emails in question public at the conclusion of the inspector general's review, he said.

The administration, Garcia said, has not yet been contacted by representatives of Nessel's office. But the city has provided a full set of records to the inspector general, he said.

"We’re committed to fully cooperating with any investigative agency and providing a full set of whatever they are looking for," Garcia said.

Separately, the attorney general's office has spent the last few months reviewing annual statements and paperwork filed by the nonprofit since it was established in 2014.

That process is ongoing, Rossman-McKinney said.