Charles Lewis, 60, sat emotionless as the judge read her decision to resentence him 37-60 years, making him immediately eligible for release.

A Detroit man who has served 42 years behind bars for the murder of an off-duty police officer was relieved from his life sentence Thursday by a Wayne County judge.

"I do not find that Mr. Charles Lewis should be sentenced to life in prison," said Judge Qiana Lillard of Wayne County Circuit Court, saying she believes the 1976 shooting of off-duty Detroit police officer Gerald Sypitkowski was a "spur of the moment ... robbery that went bad."

The judge later told Lewis, "It's clear to me you can be rehabilitated."

Lewis sat emotionless as the judge read her decision to resentence him to 37-60 years, making him immediately eligible for release. 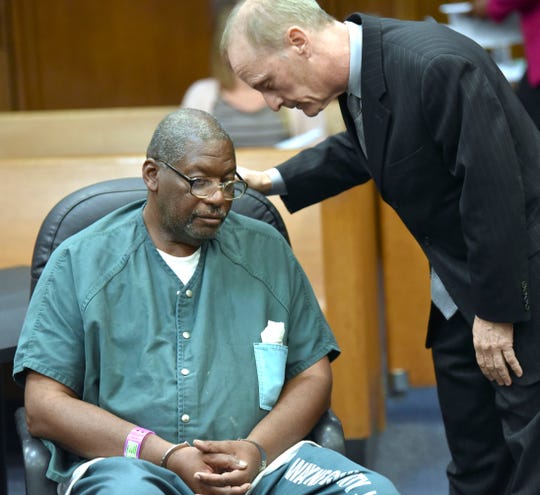 When asked he had anything to say after being resentenced, Lewis told the judge, "No, ma'am" but did ask her to issue an immediate order "to take me back to the institution" so he could get his insulin for his diabetes.

Sanford Schulman, Lewis' attorney, said his client had no apparent reaction to the judge's ruling because it was "overwhelming." Schulman said he expects Lewis to be released Friday from the Macomb Correctional Facility.

Lewis was convicted of shooting the officer to death when he was 17 and sentenced to life in prison without the possibility of parole. He sought resentencing after the U.S. Supreme Court ruled a few years ago that life sentences for juveniles constitute "cruel and unusual" punishment unless the defendant is "irreparably" corrupt or incorrigible.

Before the judge handed down her ruling, Schulman said, "Is Charles Lewis evil to the core, rotten to the core, so irreparably incorrigible?" 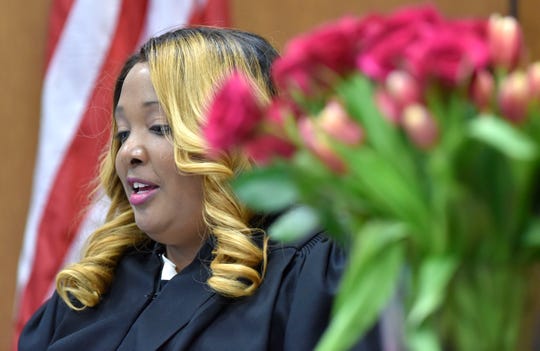 Assistant Wayne County prosecutor Tom Dawson asked for a maximum sentence of 60-100 years, saying "I want (a number of years) where he's eligible for parole where he can get services."

Schulman also argued that Lewis has matured over the decades spent in prison and that the 17-year-old Lewis "died a long time ago."

Lewis has been trying for years to get out of prison, saying he was at a union hall playing music when Sypitkowski was killed.

In his argument for keeping Lewis imprisoned, Dawson said Lewis was the triggerman and planned the robbery of Sypitkowski.

He said Lewis was the oldest of a gang of east-side youths called the "Kilbourne Killers" and that Lewis and the others had robbed a pizza delivery man before killing Sypitkowski.

The judge said she didn't think the crime was planned but was the result of a "crime spree that went wrong." 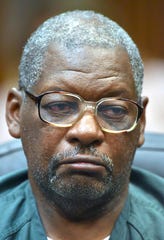 "They encountered someone who happened to be armed and death resulted," said Lillard.

The judge noted Lewis' early childhood, which his lawyer has said was troubled, and said she believes he joined the gang "as a means of survival."

Lillard said while "it doesn't excuse robbing people ... murdering someone," Lewis was exposed to racial "toxicity" in a neighborhood that was changing from being mostly white.