Detroit — Thousands of young business professionals gathered in midtown Sunday for the opening of the Forbes Under 30 Summit to hear leading entertainment, sports and business figures discuss how they hustled their way to the top.

The summit brings more than 7,000 attendees from more than 70 countries to the Masonic Temple for the event that runs through Wednesday. 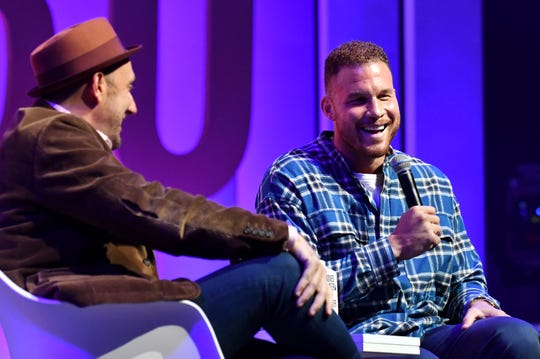 Sunday kicked off with women and wellness panels, 30 start-up entrepreneur showcases and a nighttime music festival hosted by Pistons Blake Griffin with musicians Normani, the Chainsmokers and 21 Savage.

Actress Olivia Munn spoke during the women's health panel about investing in her health and her career after being in an "emotionally abusive relationship." The Hollywood actress also is a producer and activist. She returns Monday to discuss being one of Uber’s earliest investors and how she invested in other brands and serves as the creative strategist for Wag, a dog-walking app.

"As a woman who is interested in the entertainment industry, Olivia Munn was super informative to so many different topics that women don't often talk about," said Palak Joshi, a senior public relations major at Wayne State University who attended the session.

The Masonic Theater filled Sunday evening to hear Griffin speak on balancing his sports career with his turn to comedy and new production company with Randall Lane, chief content officer of Forbes.

Griffin, who grew up in Oklahoma, said he loves Detroit for its passion, people, sports fans and the city's revival. He said he's proud of what he's accomplished after turning 30 in March, not only in his basketball career but with his production company.

"The production company just started organically to do funny commercials my way," said Griffin, who is also pursuing stand-up comedy.

He didn't share many details but said projects they've worked on this year include a feature film for Disney, a remake of "White Men Can't Jump," a show on Comedy Central, and a sci-fi action comedy for Paramount with his partner, New York Jets' Ryan Kalil.

The stand-up comedy career is still in its early stages for Griffin, who said he is more nervous in front of a 200-person comedy club than an audience of 20,000 watching him on the basketball court.

"The first time I did (my comedy routine), I was so scared," he said. "I grew up with basketball and I find that they're one and the same. The more time I go out and try new things and the more genuine time I put in, the more I enjoy it." 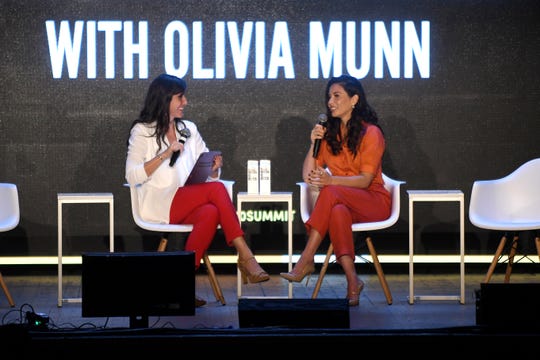 But basketball still comes first, Griffin said. He plans to continue playing in Detroit and when he's done, he'd like his production company to be successful so he can devote his time to a different field.

"I'm in the gym as early as I have to be. It's my first and most important passion," he said.

More than 200 other speakers are expected to talk on topics including robotics; art and design; transforming the marketing industry; technology and cybersecurity; gaming; solving a financial crisis; and building a billion-dollar company.

Mike Federle, CEO of Forbes, said he had a personal stake in holding the event in the Motor City.

"About 170 years ago, my family immigrated from Ireland to Detroit and opened a grocery store on Second and Jefferson that no longer exists," Federle said Sunday night. "We have not had a recession like how we had here in Detroit. So many people have come up to me so proud of what's happening here in Detroit and this incredible entrepreneurial spirit."

In recognition of Detroit's rebirth and the role played by entrepreneurs, the summit will return to Detroit in 2020 and 2021, organizers said.

Emmanuel Adams, 19, of Columbus, Ohio, was selected as one of the Forbes Under 30 scholars for his work as a Miami University student with his own record label, Never Been Done Records.

"This is a blessing and it hasn't stopped feeling like it," said Adams. "I'm just in awe of what Forbes has put together, and to be included is amazing. It's only the first day, but I'm already impressed with the Under 30 start-up hubs. The great talent showcased has inspired me to keep going." 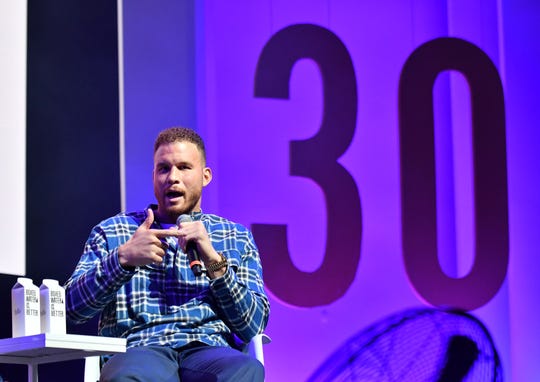 Randall Lane, Chief Content Officer and 30 Under 30 Founder, Forbes Media, out of frame, has a conversation with Pistons power forward Blake Griffin, shown here, at the Forbes Under 30 Summit at the Masonic Temple in Detroit on Oct. 27, 2019. (Photo: Robin Buckson, The Detroit News)

Tickets to the event start at $595 but some local young business professionals wrote an essay about Detroit to get in the event.

"It's a great opportunity that has come our way to be able to come down the street to something this global," said Shreyas Bolar, a WSU marketing student from Troy. "I'm interested in the sports industry and I'm looking forward to panels including people like the VP of marketing for the Lions and to hear Blake Griffin today.

"I'm excited to hear them talk about diversity and minorities in the sports field."