The pay accounts for costs Kevin Kenneally will incur on his own for health care, Social Security payments and other benefit obligations

Detroit — An investment executive for the city's pension system is getting a 75% salary boost and $50,000 signing bonus to do his work as a contractor.

The agreement over the $285,000 salary is the culmination of a lengthy rift over a pay increase proposed for the retirement system's deputy investment officer, Kevin Kenneally.

The deal, signed Dec. 2 by Kenneally and Bob Smith, who chairs one of the city's two pension oversight boards, will require Kenneally to resign his position as a city employee. Instead, he will enter into a three-year contracting role under his newly created Detroit-based firm, KJK Associates. 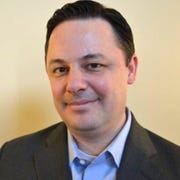 The changes are set to take effect on Dec. 16, a copy of the independent contractor agreement obtained by The Detroit News notes.

Smith said it's important to the health of the city's Police and Fire Retirement System and General Retirement System pension funds that the investment team has the resources needed to monitor a collective $4 billion-plus in assets.

The investment committee is one of two established under Detroit's debt-cutting plan to make investment policy decisions for the general and police and fire pension funds.

Kenneally was hired in February 2018 and knows the pension system and its portfolio, said Smith, chairman of the investment committee for the police and fire pension fund.

"Making sure that we have people that are informed or experts is critical," he said. "We wanted to make sure we have consistency."

Smith said the pay is reasonable since it accounts for costs Kenneally will incur on his own for health care as well as Social Security payments and other benefit obligations.

Jeff Pegg, who sits on the investment committee and its pension board, has opposed the raise and reiterated Monday that he doesn't support it.

"Are you kidding me? A $50,000 incentive bonus. That's ridiculous," Pegg said. "There are certain limitations in a bankrupt city that I think need to be taken into consideration."

The investment committee's decision to hire Kenneally as a contract worker comes after a lengthy dispute over whether it had the authority to set his pay because he was classified as a city worker.

The bonus pay, Smith added, addresses the lag from when the investment committee originally voted in the spring to boost his salary from about $163,000 to $242,000. But that increase didn't materialize after the police and fire pension fund's board of trustees deemed it "excessive" and failed to sign off.

In the meantime, the investment committee is set to hold a special meeting Dec. 17 to vote on year-end certifications required for an annual $18 million infusion for the system.

The board delayed action on the certifications during a meeting last month just after an attorney hired by the committee warned that the ongoing pay rift could be putting an $18 million infusion into the pension system at risk.

Sean P. Gallagher, in a confidential memorandum, argued pension trustees' refusal to give Kenneally a raise could amount to "potential defaults" in the terms of the so-called "grand bargain" funding commitment crafted in the city's bankruptcy to pump up its pension system.

It would then make it impossible, Gallagher wrote, for the investment committee or its chair to execute the certifications.

The funding contribution is from the Foundation for Detroit's Future, a nonprofit created under the "grand bargain" to transfer funding from a dozen private foundations to shore up city pensions.

John Naglick, the city's finance director and deputy CFO, has said if the grant dollars don't come through, Detroit's general fund would be forced to take on the cost.

Naglick, who serves as a trustee on both pension boards, noted Monday that the investment committees are empowered to retain the consultants they choose.

"I'm hopeful this is a resolution," he said. "The last thing I want to do is have our grant potentially impaired."

The salary adjustment for Kenneally, as well as a series of raises for the system's Chief Investment Officer Ryan Bigelow, came after officials commissioned a competitive pay analysis that recommended higher pay ranges for the pair.

A provision of the city's bankruptcy plan does give the committee authority to select, remove and set Bigelow's pay.

The oversight board has argued it has the power to hire support personnel and pay them with assets of the retirement system. But police and fire pension trustees said Kenneally's pay was off-limits to the oversight board because he was classified as a city employee. Detroit's City Council has discretion over salary and compensation ranges for city job classifications.

Bruce Babiarz, a spokesman for the police and fire retirement board, has said the fund's legal counsel, Ron King, advised that making an employee an independent contractor to perform the same duties would conflict with IRS rules and state and federal labor laws. Reached Monday, King declined to comment.

Smith, in response, has said the committee was aware of the guidelines and "we intend to be compliant to the laws and regulations."

Smith said he expects the closing documents will be approved Dec. 17 and "this issue gets behind us."