Commercial corridors, streetscapes and parks in 10 Detroit neighborhoods will receive additional improvements through the $10 million grant

Officials made the announcement to support the city’s Strategic Neighborhood Fund for the next five years on Wednesday at the Artists Village Detroit on Lahser Road. 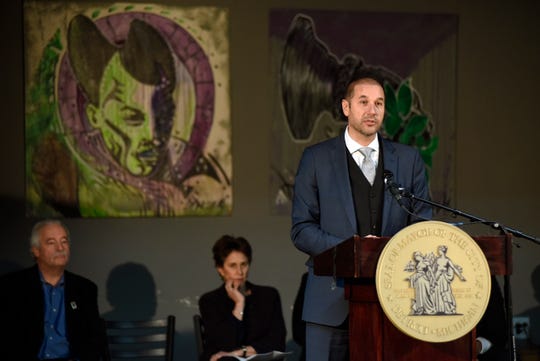 “Outcomes, teamwork and innovation are three core values that the foundation uses as lenses when evaluating grant opportunities and the Strategic Neighborhood Fund initiative really embodies all of these values,” said Lavea Brachman, vice president of programs for the Ralph C. Wilson Jr. Foundation.

Mayor Mike Duggan announced last year a goal of raising $56 million through corporate and philanthropic organizations as well as $3 million in operational support. The city and Invest Detroit, a nonprofit lender, have raised about 85 percent of that goal with the latest gift from the Ralph C Wilson Jr. Foundation, officials said.

The Ralph C. Wilson Foundation had previously contributed $2 million during the first round of the Strategic Neighborhood Fund in 2017 targeting three pilot neighborhoods.

“Obviously with a gift like this, they are acknowledging the expansion of the program, three to 10 neighborhoods, but I think it’s also reflective of their belief in the program, their faith in the partners to bring all of this work to life, and most importantly, their dedication to the Detroit neighborhoods and to its residents,” said Dave Blaszkiewicz, president and CEO of Invest Detroit. 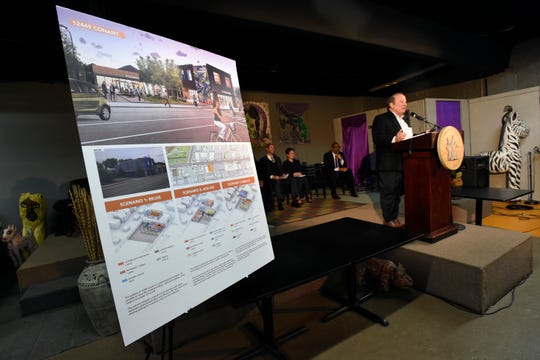 Invest Detroit is the fiduciary and leading work on the commercial corridors, Blaszkiewicz said

“We are supporting the activation and investments in commercial corridors, the creation of new affordable housing, the improvement of significant neighborhood public amenities like parks and new streetscapes, and we’re continuing to support the community plans that are driving all of these investments,” he said.

Among those benefiting from the strategic fund is the Detroit Pizza Bar set to open in August 2020 in the Livernois-McNichols neighborhood, one of the first three neighborhoods targeted for investment. 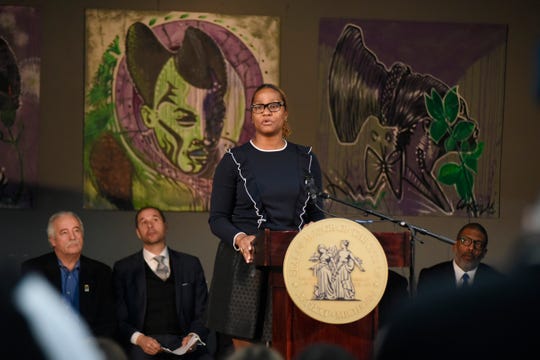 Construction is scheduled to begin Monday at 7316 W. McNichols to add a second story to what will become a restaurant with indoor and outdoor seating for about 150 people and two bars, said Akunna Olumba, CFO of the Detroit Pizza Bar.

Olumba said the business received a $400,000 grant through the Strategic Neighborhood Fund that it will use for workforce development for 18 employees and sustainability efforts for the building such as a gray water system, solar panels and blue roof designed to capture rainwater.

She said she’s thankful for the support the business has received from Invest Detroit and the city.

“We’re not going it alone,” she said. “I think that is one of the important things the Strategic Neighborhood Fund grant is to new developers and entrepreneurs of color is that you’re able to have that support to push your project through.”