Craig warns I-94 donut driver: We will find you

Freeway blocked for 10-15 minutes during incident Sunday night on westbound I-94; meanwhile, charges filed Monday against another driver accused of striking pedestrian in similar '360-case.'

Craig warns I-94 donut driver: We will find you

Detroit — Police Chief James Craig has a message for the brazen motorists who blocked all lanes of westbound Interstate 94 on Sunday night to have a "side-show" with 360-degree turns: Police are coming for you.

Craig said Monday at a press conference outside Public Safety Headquarters that the vehicle seen on a social media website video driving in circles across all lanes of I-94 near Trumbull around 8:10 p.m. was a red or orange Camaro, with tinted windows, a black gas cap and aftermarket rims. 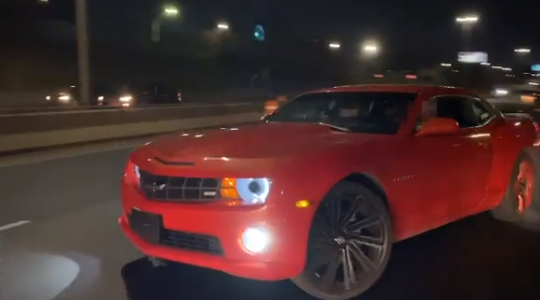 A Camaro does donuts on I-94 in Detroit. (Photo: Instagram)

The video shows cars backed up behind parked vehicles, while the Camaro spins with its tires screeching and several people stand nearby recording video.

Craig estimated the freeway was illegally blocked for 10-15 minutes during the incident. Some 911 calls about the incident came into Michigan State Police dispatch, Craig said.

Craig said the driver of the Camaro resides outside of Detroit. The Camaro's license plate has a despicable message for the DPD, Craig said.

"Here is my message to them: We are going to find you. When we do, we are going to arrest you and seize your vehicle," Craig said.

See the video of the incident posted to Instagram below. Warning: Graphic language.

Meanwhile, Detroit police released the name and mug shot of a suspect in custody who allegedly struck a pedestrian in a similar "360-case" on Nov. 10 that left a pedestrian critically injured. 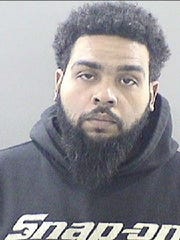 Craig said Mahone allegedly participated in the I-94 incident by blocking traffic in a late-model Dodge Challenger, , Craig said.

The charges issued Monday do not related to the incident with the Camaro, Craig said. 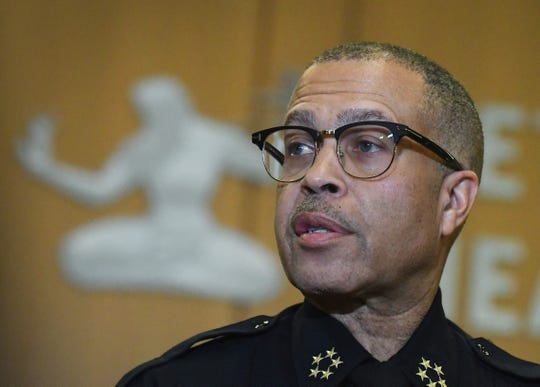 Detroit Police Chief James Craig holds a press conference, on the recent blocking of a highway, westbound I-94, by a large group of people called an illegal '360' event, at the Detroit Public Safety Headquarters in Detroit, Michigan on December 23, 2019. (Photo: Daniel Mears, The Detroit News)

"So for those who are watching who think this activity does not pose a significant threat," Craig said, "these are felony counts up to five years."

"This is a significant public safety issue," Craig said, saying there have been other victims of other "side-shows."

Craig said he believes the incident on I-94 is connected to a similar incident in July on the Lodge Freeway in which drivers blocked the freeway to do donuts.

Craig said his department is working with Michigan State Police to use the state's helicopter to help with enforcement of traffic-related offenses, as part of a recently launched program aimed at curbing drag racing and the illegal use of off-road vehicles.