A Detroit-based property that shares the same owner as the shuttered Electro-Plating Services in Madison Heights is now being investigated for potential hazardous materials, the state said.

The Michigan Department of Environment, Great Lakes and Energy on Friday launched an investigation into the property at 5900 Commonwealth St., the agency said in a statement. It is owned by Gary Sayers, who was recently imprisoned for violations of environmental laws at his Madison Heights company, according to the release. 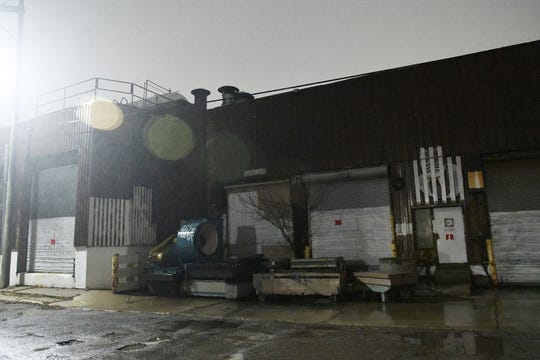 Commonwealth Industries at 5900 Commonwealth in Detroit on Jan. 10, 2020. This property is owned by Gary Sayers, owner of Electro-Plating Services in Madison Heights where hazardous violations took place. (Photo: Robin Buckson, The Detroit News)

Detroit Fire Department inspectors identified potentially hazardous liquids at the site, according to the state. These substances were not found on the site when it was inspected in December as part of the probe into contamination that seeped a green ooze onto Interstate 696.

EGLE personnel were en route to the site Friday to assess the situation, determine the next steps and ensure the site is properly secured, the agency said.

As of 7 p.m., no personnel were on site. Signs on the door from the city fire department and the Department of Building Safety Engineering and Environment warned people to "stay out" and that the building was "condemned and dangerous."

In a statement Friday night, state Rep. Issac Robinson, D-Detroit, whose district includes the building, called for his colleagues to take action against polluters.

On Dec. 20, motorists spotted the ooze seeping from a wall on eastbound I-696; Electro-Plating Services, shuttered by the state in December 2016, is right above the site where the yellow-green liquid appeared. 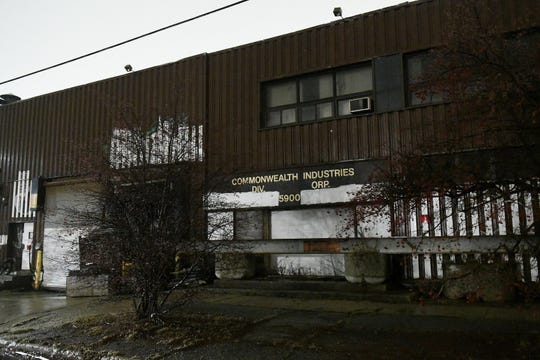 Commonwealth Industries at 5900 Commonwealth in Detroit on Jan. 10, 2020. This property is owned by Gary Sayers, owner of Electro-Plating Services in Madison Heights where hazardous violations took place. (Photo: Robin Buckson, The Detroit News)

Earlier this week, Sayers, 70, reported to federal prison in West Virginia to serve a 2016 sentence for illegal handling of hazardous waste. He also has been ordered to repay the federal government $1.5 million for the Environmental Protection Agency's initial 2017 cleanup of the Madison Heights site.

Officials found no hazardous materials at the site of a Sanilac County home owned by Sayers during a Jan. 6 inspection.

Nearly 11,000 gallons of contaminated water have been collected from the former Electro-Plating Services building at 945 E. 10 Mile, EGLE said Friday.

“The owner of the building has dug a pit that was 10-by-10-feet and 5 feet deep in the basement and he was just pouring his contaminants into this earthen hole,” said Jill Greenberg, a spokeswoman for EGLE. “While it was flushed out over time, the contaminants still leached into the soil. There’s holes in the roof where water and snow got in, mixing in with the chemicals and found its way out.” 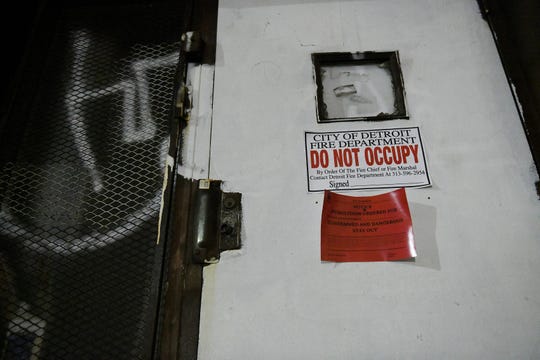 A posting by the Detroit Fire Department at Commonwealth Industries at 5900 Commonwealth in Detroit on Jan. 10, 2020. This property is owned by Gary Sayers, owner of Electro-Plating Services in Madison Heights where hazardous violations took place. (Photo: Robin Buckson, The Detroit News)

The liquid was identified by the EPA as groundwater contaminated with hexavalent chromium, a cancer-causing chemical used in textile dyes, wood preservation and ink.

The condemned building is being heavily guarded to prevent people from entering, with few EPA investigators allowed in at a time to limit exposure to the chemical, officials said.

State regulators say they are launching a new preliminary assessment of the Electro-Plating Services site for possible inclusion in EPA's Superfund program, Greenberg said.The federal program is responsible for cleaning up contaminated land and responding to environmental emergencies, oil spills and natural disasters.

Officials said Friday they intend to have a new site assessment completed this spring, using data from dozens of soil and water test samples being collected and analyzed by EPA and EGLE, Greenberg said.

A 2019 assessment concluded there was a low risk for the site’s contaminated soil and water to move offsite.

Inside the shuttered factory where I-696 ooze allegedly originated