The city's focus on blight removal and improved services drove the growth, he said at a City Hall press conference. Of 194 city neighborhoods, 186 neighborhoods saw values increase in 2019. That's the most growth in a single year since 1997, according to city officials. 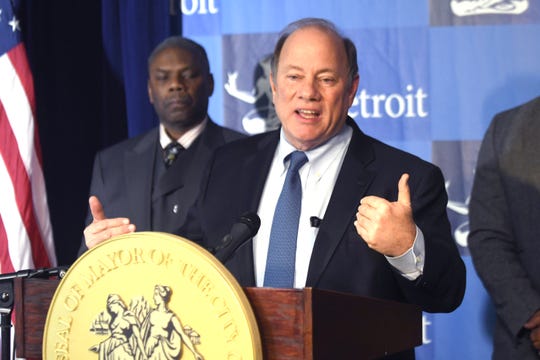 "We've waited a long time for this," Duggan said. "We've got people staying and moving into these neighborhoods instead of moving out."

Existing homeowners' tax bills won't jump significantly because state law caps yearly increases at the 2% rate of inflation. But those buying homes could pay more because the cap is lifted when a property is sold.

Duggan said the quality of data the Office of Assessor uses to set values is "extremely impressive" and has improved since the state assumed oversight of the department in 2014 after years of mismanagement and inflated tax bills.

The Detroit News reported this month that Detroit homeowners were overtaxed at least $600 million between 2010 and 2016, when officials admitted the city failed to accurately bring down property values following the national housing crisis.

The News' review was the first to estimate how much Detroit homeowners were overbilled. The state ordered Detroit to do a property-by-property reappraisal after a 2013 Detroit News investigation found widespread problems. That survey, which hadn't been done in decades, was finished in 2017.

Duggan has acknowledged the past assessment problems but said he moved quickly to solve the problem when taking office in 2014 and can't correct those mistakes for all homeowners.

Current law doesn't allow it and the city, which exited bankruptcy in December 2014, can't afford it, he said. The city will collect about $100 million in property taxes this year, he said.

"I have for the last six years done everything legally possible to offset the damage of that," Duggan said. “We need to be honest about what is possible and what is not."

A report released last week proposes ways Detroit could compensate thousands of homeowners who lost their properties in "illegal" tax foreclosures due to overassessment, from cash payments to free city-owned homes.

Bernadette Atuahene, a professor at Chicago-Kent College of Law who has studied city assessments, has said her research shows overassessment is still a problem with homes under $25,000. 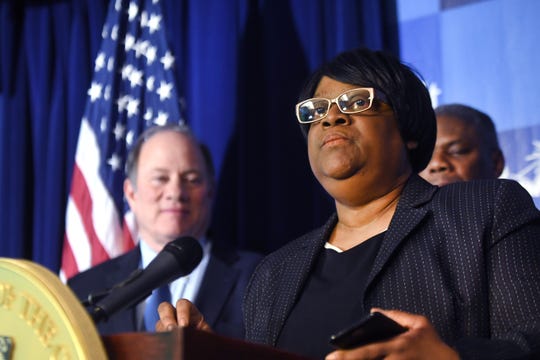 Assessor Alvin Horhn said Tuesday his department pays special attention to those low-valued properties. Last year, the city reduced them further in part because officials didn't think the sales data they had accurately reflected those properties. That could happen again this year, he said.

"We are aware that the mass appraisal process isn’t always fair to those properties at the bottom," Horhn said. "We take pains to make sure we are fair to them."

The State Tax Commission has a regularly scheduled audit of Detroit this year to make sure the Office of the Assessor is following the law.

Duggan's argument that the city can't afford to reimburse people who were overtaxed doesn't satisfy, Agnes Hitchcock, with the Detroit activist group Call-'Em Out. The group is holding a public event at 6 p.m. Thursday at the Considine Center, 8904 Woodward, to organize efforts to force the city to repay taxpayers.

She said the city, county and state share fault and should come up with a solution.

"People are really incensed that the city could carry on this scam for so long," Hitchcock said. "We want our money back."

Detroit has one of the highest property tax rates in the state. And in November, the City Council rejected Duggan's request to borrow more by putting a proposed $250 million demolition bond on the ballot.

In 2008, residential assessed values totaled nearly $8.8 billion but plummeted to $3.3 billion in 2014, according to city officials. This year, they are about $4 billion.

Commercial values rose 8% and industrial values gained 11.6% this year. The 20% residential increase does not include vacant lots.

Chief Financial Officer Dave Massaron said some of the commercial increases were seen outside of downtown, indicating that Detroit's efforts to grow businesses in the neighborhoods are working.

City assessors generally determine a home’s worth through sales studies: the analysis of comparable sales in the same area. That worth is called an assessed value. State law requires that assessments not exceed 50% of a property’s market value. 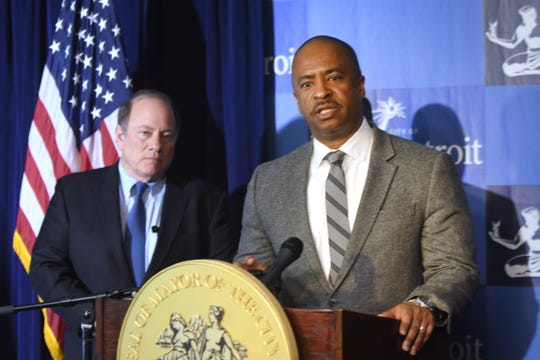 The majority of a property tax bill is based on a version of that number called the taxable value, which is capped yearly at the rate of inflation or 5%. The cap is only lifted when a property is sold, causing the taxable value to revert to the assessed value. The cap was put in place by 1994 legislation to protect Michigan taxpayers from rapidly increasing taxes when the real estate market is booming.

The city will send residents a notice of their assessments by mail soon. Tax bills won't be mailed out until late June.

"I am very much encouraged just to see how the value and also the resources that have come back into our community," said Harbin, who was invited to speak by the city at the Tuesday press conference.

"We couldn’t help but to move forward. If we would have continued on the decline, I wouldn’t be standing here today.”

Taxpayers can appeal their assessments during the February Assessors Review, which is Feb. 1-22. For more information, call (313) 224-3035. The city also has a website to answer questions on assessments. Homeowners can search their values.

The city of Detroit also is taking new applications for the 2020 Poverty Tax Exemption. That exempts or discounts tax bills for low-income homeowners.Click here for the application. For more information, call (313) 224-3560 or email assessors@detroitmi.gov.