Detroit — A 22-year-old Detroit man has been charged in the Jan. 15 theft of a car from a Project Green Light gas station, police said.

A judge set bond at $3,000 and scheduled his next court appearance for Jan. 31, according to court records. 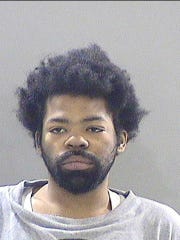 Police said officers were called at about 7:50 a.m. Wednesday to a gas station in the 7300 block of Kercheval near East Grand Boulevard on the city's east side to respond to a report of a car being stolen.

Officers reviewed video recorded by the gas station's security system and it showed the victim, a 74-year-old man, parking his 2013 Honda Accord at a gas pump. The man exits the car to go inside the store, the engine running.

Moments later, another man approaches the vehicle on foot, enters the vehicle and drives away, police said. Police later learned the victim left a gun, a badge, car key and wallet in the car. The victim is a retired Detroit police officer and currently works as a conservation officer for the state Department of Natural Resources, officials said.

Investigators received a tip and tracked a suspect to a residence in the 2900 block of Sheridan near East Grand Boulevard and Charlevoix on the east side.

Officers obtained a search warrant and raided the home at about 3:30 a.m. Thursday. The suspect, later identified as Toussaint, was arrested during the search. Police also recovered the stolen car, weapon and badge.