Allen Park man pleads guilty to doing 'donuts' on I-94

Devin Cronk, 22, pleaded guilty to disturbing the peace, a misdemeanor, for the Dec. 22 stunt, which blocked the freeway's westbound lanes

Allen Park man pleads guilty to doing 'donuts' on I-94

The Allen Park man charged with doing "donuts" on Interstate 94 as his alleged cohorts shut down the Detroit freeway pleaded guilty Thursday in connection with the incident. 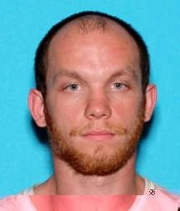 Devin Cronk, 22, pleaded guilty to the misdemeanor offense of disturbing the peace during his probable cause conference before 36th District Judge Kenneth King. Cronk could face 93 days in jail and/or a $500 fine when he is sentenced Feb. 27.

Cronk was charged with reckless driving and disturbing the peace in connection with the Dec. 22 incident, in which westbound I-94 at Trumbull was blocked off and a man identified as Cronk was seen doing "donuts" in an orange Chevy Camaro.

Cronk turned himself in to police Jan. 2 and was arraigned Tuesday in 36th District Court.

A video of the "side show" stunt was posted on Instagram. The video shows several people recording a Camaro doing circles across all lanes of I-94 near Trumbull, while vehicles were backed up behind. The roadway was blocked off for 10-15 minutes during the stunt, which mirrored one on the Lodge Freeway in late June. 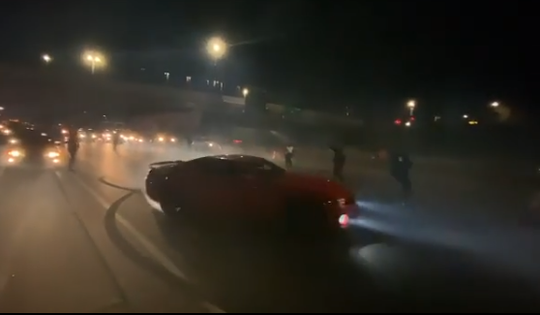 A Camaro does doughnuts on I-94 in Detroit. (Photo: Instagram)

The Wayne County Prosecutor' s Office said while Cronk was performing driving stunts he was endangering citizens who were near his car.