A transplant center in California could be the only hope left for a 25-year-old woman in need of a liver transplant who has been blocked by red tape as well as existing state Medicaid and hospital policies in Michigan.

The Michigan Medicine Survival Flight on Tuesday is going to transport Brianna Robinson to UCLA, where California's Medicaid program is likely to cover her medical care and help her get a possible transplant. A native of Riverside, California, she moved to Michigan about a year ago to live with her former step-father, who is her longtime father figure.

But Robinson endured a frustrating experience in Michigan in trying to get the transplant. Her liver failure was caused by drinking alcohol — an increasing problem all over the country, especially among young people with the rise of binge drinking in the past decade.

Tracey Hart, 48, of Riverside, California, tries to keep her emotions in check as she shows off a picture of her daughter, Brianna Robinson, while sitting with Johnny Guzman, her ex-husband and Brianna's stepdad. (Photo: Todd McInturf, The Detroit News)

Nearly all hospitals nationwide, as well as health insurers including government-funded Medicaid, have embraced policies that deny transplants to patients who've been sober for less than six months.

The six-month rule has been created to avoid giving scarce organs to people with alcohol use disorders who might relapse and ruin the transplanted livers. Some doctors say six months of sobriety can improve liver function to the point that a transplant is no longer required.

But a six-month sobriety requirement, for some patients, is akin to a death sentence. For young people, like Robinson, liver failure is often sudden and unexpected. They've had little or no time to contemplate their mortality or make the life-altering decision to give up drinking.

A few institutions have become more flexible after studies called the requirement into question.

Among them is the Ronald Reagan UCLA Medical Center, which has agreed to evaluate Robinson for a liver transplant though she's been sober only since Dec. 21, when she was admitted to Henry Ford Hospital in Detroit with liver failure.

Robinson's request for a transplant was rejected by the Henry Ford Health System. Other Michigan transplant centers, including Michigan Medicine in Ann Arbor, also declined to consider her case.

Robinson was admitted to Henry Ford Hospital on Dec. 21 with severe cirrhosis of the liver. Her MELD score was 40, the highest possible ranking on the Model for End-Stage Liver Disease. Her risk of dying within three months is more than 70% without a transplant, according to statistics.

Henry Ford doctors looked at her electronic medical records and saw she'd been admitted to a hospital in June. Robinson was taken to an emergency room after falling, said her mother, Tracey Hart. Blood tests came back showing she had elevated liver enzymes, and Robinson was hospitalized overnight and counselled to stop drinking.

Robinson went to the E.R. again in August because she wasn't feeling well. They told her to stop drinking and go to Alcoholics Anonymous meetings, Robinson said. She was discharged with a print-out list of counselors to call.

Robinson attended AA sporadically, staying sober for a few days in a row before relapsing again. After relapsing during Thanksgiving, she quit cold turkey on Dec. 16. That's when she got really sick. 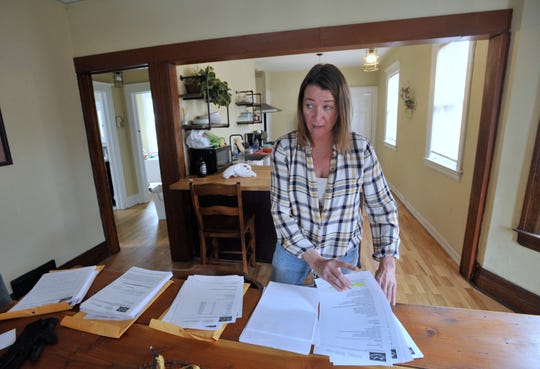 Robinson, toughed it out, feeling sicker by the day. On Dec. 21, she was taken to an emergency room in Macomb County, then transferred to Henry Ford. By then, it was too late.

Henry Ford Health System declined an invitation for an interview.

“Like other organ transplant centers, we have a responsibility to use donated organs in accordance with nationally accepted protocol standards and with the intention of good patient outcomes," the health system said in a statement. "This is done because we simply don’t have enough donated organs to transplant each patient in need.

"Everything we do is done with respect to the donor and their family, who are making the decision to entrust us with these precious gifts to save the lives of others. And it is very difficult and sad for us as medical professionals when patients do not meet those nationally accepted transplant protocol standards.

"Unfortunately in this case, the patient did not meet the standards required to proceed with transplant.”

The health center also sent a statement from Tim Makinen, spokesman for Gift of Life Michigan.

“Gift of Life Michigan works with donors and their families to provide as many life-saving organs as possible for transplant," Makinen said in his statement. "The decisions on who receives these precious gifts are left to our transplant center partners.

"They have the expertise, experience and protocols to determine the optimal recipient for a specific organ and to achieve the highest likelihood of a successful outcome.”

But some health systems are rethinking such policies.

"That’s an arbitrary and capricious rule," said Dr. Elliot Tapper, a transplant hepatologist at Michigan Medicine, the UM's medical center, who has not treated Robinson and is unfamiliar with her case.

Doctors at Henry Ford Hospital in December noted in their initial assessment that Robinson had been counseled to quit drinking in June, but had continued to drink, according to medical records the family provided to The Detroit News.

"There is documentation from 6/2019 wherein the patient was admitted for alcoholic hepatitis and counseled on stopping alcohol consumption," recommendations noted the day she was admitted to Henry Ford. "Therefore, she is not an appropriate transplant candidate at this time."

Robinson underwent a psycho-social assessment.  At that point, she was taken out of the running for a transplant, according to Hart.

"She made a mistake," Hart said. "But she shouldn't have to pay with her life."

Hart isn't sure if her daughter could withstand a transplant, because no further evaluation took place.

"If somebody would have stressed the importance to me I would have obviously started this process sooner, not drinking," said Robinson, her voice raspy and weak on Sunday following a transfusion.

"I would have got the counseling that I needed, and I would have done AA way more, not drink every other day. I didn’t even tell any friends about it, because it was so nonchalantly mentioned." 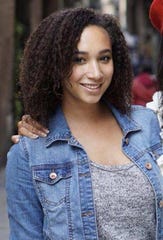 A study by Tapper, the UM transplanthepatologist, and co-author Dr. Neehar Parikh found that young people in communities across the country are drinking themselves to death.

Over the past 10 years, the number of deaths due to cirrhosis has risen about 65% across all age groups. But for for people 25 through 34, they've increased about 200%, he said.

The trend started around 2008, give or take a year or two depending on the state, Tapper said. It may be related to the Great Recession, but also to the drinking culture, he said.

"There’s actual evidence from alcohol sales that began around the same time frame, where now, for a given volume of liquor, wine and beer, they’re drinking stiffer drinks," he said.

"There’s some cultural change where people are drinking harder drinks, and they’re doing a lot more binge drinking — and it had to have started within the last 10 to 12 years."

About two-thirds of the people who die from alcohol cirrhosis are men, but the rate of increase in such deaths is highest among women, according to a study by Dr. Jessica Mellinger, a Michigan Medicine hepatologist. She helped found the University of Michigan Multidisciplinary Alcohol-Related Liver Disease Clinic in 2018.

Looking for a transplant

Hart called transplant centers across Michigan, and none would accept her daughter.

A hospital in Wisconsin said it would accept Robinson and evaluate her for a possible liver transplant. But Michigan's Medicaid program denied Robinson's request for a transplant evaluation at the University of Wisconsin Hospital in Madison.

"For approval of out-of-state services, Michigan Medicaid policy requires the services to be unavailable within the state of Michigan," the state Department of Health and Human Services said in its denial letter.

Robinson signed a letter authorizing the state health department to discuss her case with The News, but the department declined to discuss its decision.

At the end of February, doctors at Henry Ford told Robinson and her mother there was nothing more they could do for the young woman.

Then early last week, the hospital discharged Robinson to a rehabilitation center.

"I told them I wasn't OK with that, that this was unacceptable, and I asked for 48 hours to try to find other options," Hart said.

Robinson was discharged at 8 p.m. on Jan. 28, according to family members. By 1 a.m., she began bleeding from the nose and coughing up blood, they said. At 7:45 a.m., Hart called 911, and Robinson was returned to Henry Ford Hospital.

A flicker of hope came late last week from UCLA, which requires only three months of sobriety for alcohol-related liver transplants.  Hart learned that California's Medicaid program is likely to cover Robinson's medical care at UCLA.

Robinson has been in the intensive care unit at Henry Ford Hospital and will require that same level of care in the sky. Estimates ranged as high as $45,000 for the flight.

On Saturday, Hart learned the Michigan Medicine Survival Flight would transport her daughter to UCLA. The state Department of Health and Human Services had agreed to fund the flight.

"MDHHS is very pleased that we were able to work with Ms. Robinson and her family to come up with a solution that allows her to be evaluated for a life-saving liver transplant," the department said in a Monday statement.

"She will soon be traveling to California where her support system resides. There, Ms. Robinson will be evaluated for a liver transplant at a nearby hospital. As part of our Michigan Medicaid benefit, in-state organ transplants, including liver transplants, can be approved when necessary clinical criteria are met.

Hospitals are changing their thinking on sobriety requirements, UM's Mellinger said. Studies have found that the length of abstinence from alcohol doesn’t always predict a patient’s chances of remaining sober after transplant, she said.