Metro Times says donations from readers, advertisers enable it to put out this week's print edition

Detroit — The Metro Times will put out its weekly print edition after readers and advertisers stepped up and chipped in to keep the alternative paper afloat amid the coronavirus pandemic.

"I'm just incredibly humbled and honored that our readers and advertisers believe in us enough to offer their support and help us keep going," Editor in Chief Lee DeVito told The Detroit News Monday. "In times like this, gestures like that are extremely moving." 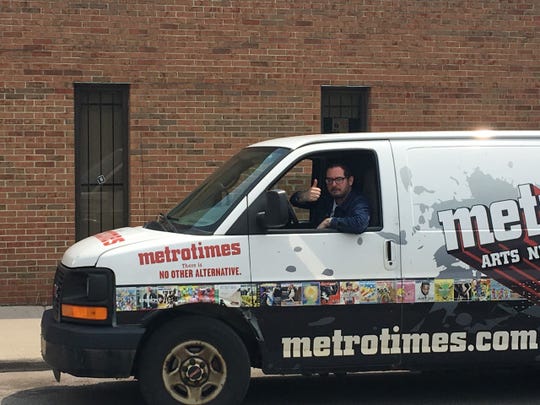 DeVito said there's been an "outpouring of support" from readers kicking in small donations as well as loyal advertisers who remain unable to operate due to statewide measures mandated by Gov. Gretchen Whitmer. The publication has received about $5,000 so far toward its overall fundraising goal of $50,000, he said.

The free, Detroit-based publication laid off eight employees Wednesday in each of its departments, including sales, productions, editorial and events in light of the economic upheaval associated with the closure of businesses, bars and other entertainment venues spurred by the virus.

DeVito last week decided to continue on, without pay, to ensure he could keep two editorial staffers on board at the Times to help it churn out its digital and print publication. Both workers took pay cuts, he said.

The Times is down to a skeleton crew for now and its publication this week will be considerably leaner.

Meanwhile, it will keep the funding campaign going in hopes of re-hiring staff and keeping its journalism operations running amid the virus-induced downturn.

"We're going to take this just one week at a time just like everyone else," said DeVito, who became editor in 2016. "No one really knows what's going to happen. As long as the support is still there, we're going to keep trying to do this as long as we can."

Separately, C & G Newspapers announced Saturday that it has temporarily suspended publication of its 19 print newspapers. But Editorial Director Gregg Demers said they hoped to get things up and running again within two to four weeks.

“People can continue to find local news online at candgnews.com for the 45 communities that C & G Newspapers serves,” Demer said in a statement.

Metro Times is published every week by Euclid Media Group. The group also made cuts to its publications in Ohio, Florida, St. Louis and San Antonio.

Chris Keating, its publisher, has said laying off employees was the worst-case scenario.

"Never in our wildest dreams did we anticipate this, and we are heartbroken to have to let go of these hardworking and talented people. My hope is that in the very near future, we can go back to business as usual," he said in an online statement.

Founded in 1980, Metro Times has reported on Detroit's news, arts, culture, music, film, food and fashion. The print publication has 500,000 readers and 400,000 digital readers each month, according to the company.

DeVito said carrying on is a "social obligation" to Metro Times readers.

"People need information and they need a little bit of entertainment, too," he said.