The hotel is offering free rooms for healthy Detroit cops, firefighters and medical technicians concerned about infecting loved ones with COVID-19

Detroit — Greektown Casino-Hotel, which has been shuttered since Michigan imposed a shelter-in-place order last week, is offering free stays to Detroit first responders who are concerned about going home and infecting loved ones with the COVID-19 virus. 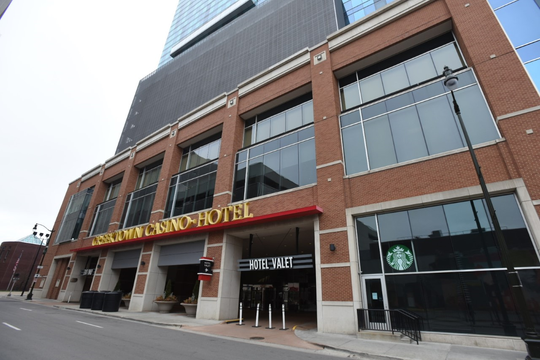 Only healthy first responders will be allowed to stay in the rooms, which aren't available to those under quarantine, Beatty said. Guests will have their temperatures taken every time they enter or leave the hotel, he said.

"There are so many first responders who are out there working, and coming in contact with a lot of people," Beatty said. "We're providing them a safe place to go instead of going home and potentially exposing their families."

Beatty said because the hotel worked with the Detroit mayor's office about reopening the facility at 1200 St. Antoine, special permission to operate during the shelter-in-place order was not needed.

The Detroit Police Department has been hit hard by the coronavirus. The commanding officer of the Homicide Section and a civilian 911 dispatcher died after contracting the virus, while as of Friday 39 Detroit police officers — including chief James Craig — had tested positive, with nearly 500 more officers under quarantine.

As of last week, 21 members of the Detroit Fire Department were quarantined. Mayor Mike Duggan was expected to give updated quarantine numbers at a 3 p.m. press conference.

"We discussed this with the mayor on Friday, because one of our concerns is officers who are scared to go home," Miller said. "It's nice that they're giving those officers a place to stay during this crisis." 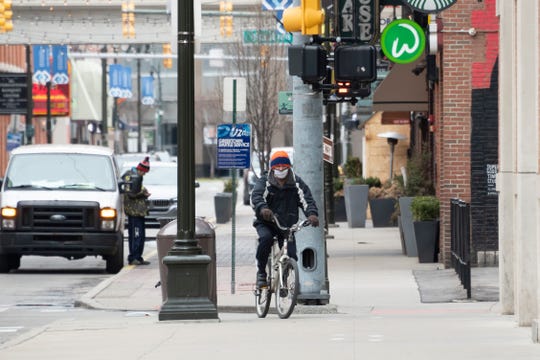 Miller said he's trying to calm Detroit cops who have expressed concerns by relaying information he gets from police and city officials.

"Right now, I'm trying to stay in contact with everyone, because I'm getting a lot of phone calls from people who want answers," he said. "I've told the union stewards to give people my cell number; they can call any time if they have any questions.

Miller said he's happy with the city's response to the crisis, and said officers have been issued the equipment they need.

"They've got two kits per car, with masks and gloves," Miller said. "Every time they use them, a task force comes to the precinct to replace what's been used.

Miller said security guards and command staff check each officer's temperature with a no-touch thermometer as they go in and out of department buildings.

Officers who stay at the Greektown Casino-Hotel will have to bring their own food, since there will be only a bare-bones staff on duty, Beatty said.

"We're primarily just providing the facility, and clean towels and sheets," Beatty said. He said Unique Linen Service of Hazel Park, which contracts with the hotel, is donating the washing.

"They stepped up, like a lot of people are stepping up," said Beatty, a former Detroit firefighter. "Having been a first responder myself, I know how important it is to have this kind of support."