Ram pickup backed into a car and the truck's driver shot the car's passenger after an argument, investigators say

Detroit police are working to find a suspect wanted in connection with a shooting last weekend on the city's east side that left a man injured.

The victim was a passenger in a car in a parking lot in the 19100 block of Van Dyke on Sunday "when an unknown suspect in a dark blue Dodge Ram pickup truck collided with the vehicle as it backed out of a parking space," investigators said in a statement.

The passenger got out of the car and started arguing with the truck driver, who "exited his vehicle, produced a handgun and fired a shot at the victim, striking him," according to the release. "After the shooting, the suspect fled the location in an unknown direction." 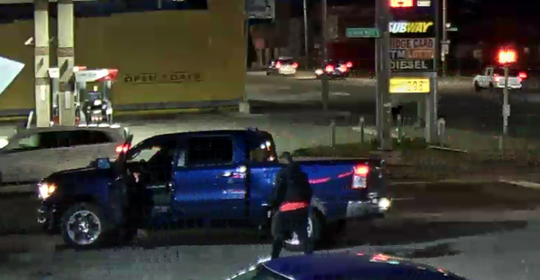 The victim was transported to a hospital, where he is listed in stable condition, police said Monday.

Anyone with information is asked to call the Detroit Police Department’s 11th Precinct at (313) 596-1140. Anonymous tips can also be submitted to Crime Stoppers of Michigan at 1-800-SPEAK-UP.