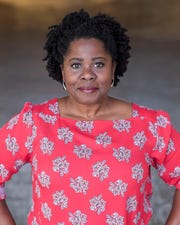 Wildfong came out of retirement to serve as interim director of the Wayne State University Press after Wayne State fired three managers in February — the press' editor-in-chief, a design and production manager and the sales and marketing director. The firings prompted a backlash from the publishing house's editorial board, 60 writers, reviewers, scholars and other university employees who demanded the managers be rehired.

Within a month of their dismissals, Wildfong had rehired all three managers.

After the moves, Wayne State transferred the university press from the management of the university's library system to the office of President M. Roy Wilson.

“I am delighted that Stephanie will be joining the University Press as our new director," WSU spokesman Michael Wright said in a written statement. "Her leadership will make a difference for the Press, the university, and the community.

"I also wish to thank Kathryn Wildfong for stepping in as interim director while we conducted a new search. She did a great job getting the team refocused and re-energized, and we all wish her well on her second try at retirement.”