Detroit overtaxing: How we reached our conclusions

What if the 2017 values set during Detroit’s citywide reappraisal had been used all along? How would tax bills have been different?

Detroit overtaxing: How we reached our conclusions

Most Detroit homeowners are aware they were overtaxed in the years after the recession. Officials admitted the problem even before the city reappraised all of its property in 2017.

But how that impacted homeowners—how much they had actually been overbilled by the city—had never been quantified. Nor had the impact of overtaxation on the more than 60,000 Detroit homeowners who currently owe delinquent tax debt from past years.

The News developed a simple way of getting approximate answers to those questions. What if the 2017 values set during Detroit’s citywide reappraisal had been used all along? How would tax bills have been different? 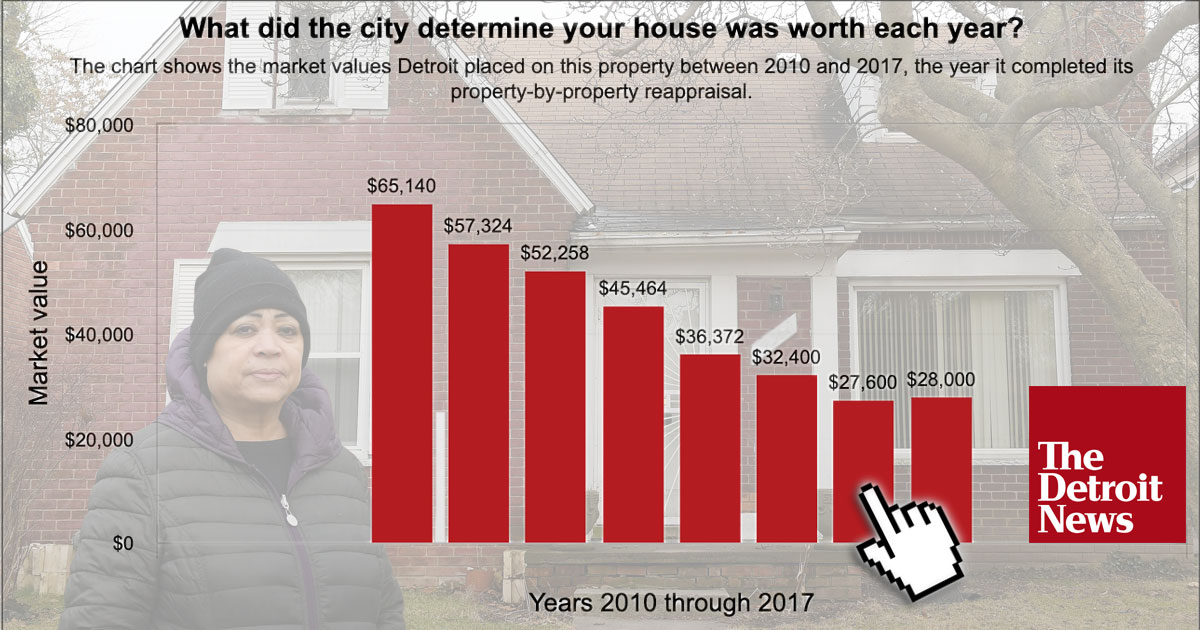 ► INTERACTIVE: How much did Detroit overtax your home between 2010 and 2016? Search our online database to see an estimate

City assessors generally determine a property’s worth through sales studies: the analysis of comparable sales in the same area. That worth is called an assessed value.

The bulk of a property tax bill is based on a version of that number called the taxable value, which is capped yearly at the rate of inflation or 5%, whichever is less. The cap is only lifted when a property is sold, causing the taxable value to revert to the assessed value. The cap was put in place by 1994 legislation to protect Michigan taxpayers from rapidly increasing taxes when the market is booming.

To estimate which of roughly 173,000 properties were overtaxed and by how much, The News compared taxable values in each year 2010 to 2016 to the value the city reached after its reappraisal in 2017. In cases where 2017’s was smaller than a past year's values, The News reduced the property’s tax bill by the same proportion to calculate an overtax amount.

The News called properties over-assessed if the past year’s value was at least 10% higher than the 2017 value.

Properties for which the city raised values in 2017 may have been under-assessed, and therefore undertaxed, in prior years. But because that increase may also have been the result of the rising market, The News did not report results for under-assessed properties.

The News chose 2010 as the first year of the overtaxation analysis because that year the state began requiring cities to adjust their sales studies to accommodate the rapid change in the market following the housing crash.

The News included only residential single-family homes, duplexes, and individual condo units in its analysis. We chose to exclude properties with Neighborhood Enterprise Zone tax breaks in part because the city splits those properties into separate parcels, making them difficult to track. Vacant lots or burned-down houses, as well as a small number of properties that received poverty tax exemptions in early 2017, were also excluded.

Finally, The News analyzed only properties that were receiving tax bills as of 2017. Those currently owned by the Land Bank or other government entities were also excluded.

The News acquired the values and identifying data on hundreds of thousands of properties through Freedom of Information Act requests to the city assessor’s office.