It's one of a number of big developments in the Hall Road, I-94 area 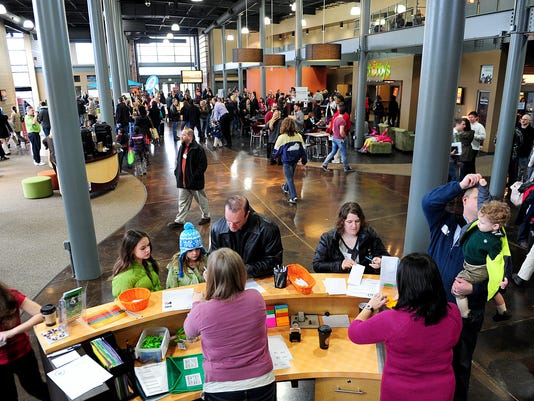 Clinton Township — Hall Road is about to get busier with three development projects breaking ground soon, including a mega-church.

Kensington Church, which has five Metro Detroit locations, has closed a deal on 33.1 acres on the south side of Hall — also known as M-59 — between Gratiot and Interstate 94.

Non-denominational Kensington offers a come-as-you-are atmosphere. At its Orion location, churchgoers can enjoy a cup of coffee from the church's on-site drive-through shop as they await Sunday services. The seven-day-a-week shop is operated by the Great Lakes Coffee Co.

At its Troy location, the church offers activities such as children's church and the Financial Peace University program, which teaches participants how to reduce debt, increase savings and give more to the church.

The church also offers yoga, dance classes and dinner and a movie programs at some of its sites.

Kensington's first public service was in a rented cafeteria at East Hills Middle School in Bloomfield Hills in 1990. It now has locations in Shelby Township, Troy, Orion, Birmingham and in Windermere, Florida.

The church will also provide an economic boost to other area businesses in the township, said Cannon.

"People coming to the church are not just going to the church," he said. "They are going to stop at the gas stations, convenience stores — it's is an economic development that we are happy with."

Calls to church officials and Signature Associates' Southfield office, which negotiated the sale of 33.10 acres of vacant land from Fifth Third Bank, were not returned.

Several years ago the same vacant lot was the proposed locale for a casino, but the deal fell through.

Just west of the proposed Kensington location, land has been cleared for a Kia dealership at the corner of Gratiot and Hall Road. A dilapidated single-story motel used to be on the site.

Cannon said the location had been earlier considered for a store by IKEA, the Swedish build-it-yourself furniture maker.

"It appears to be nice project for the area and will clean up that corner which we are really happy about and add a tax base to the community," Cannon said of the Kia.

Just up I-94 from the location bought by Kensington is land in Chesterfield Township that has been cleared to be developed into an outlet mall. The location on the east side of the freeway is between Hall and 21 Mile.

It would be just a few miles east of the upscale Partridge Creek mall at Romeo Plank and the older Lakeside Mall at Schoenherr.

Montage, built by Moceri Developers of Auburn Hills, will be behind Partridge Creek Mall. Units will start at $1,800 a month and will eventually be sold as condominiums, Cannon said.

"We approved all the plans and the groundbreaking is imminent," Cannon said of Montage. "They're in the process of doing the sewer work. We expect the first people to move in next summer."

Clinton Township is the largest township and the eighth most populated community in Michigan.