The suspect walked into the bank and handed over a note saying he had a bomb, police say 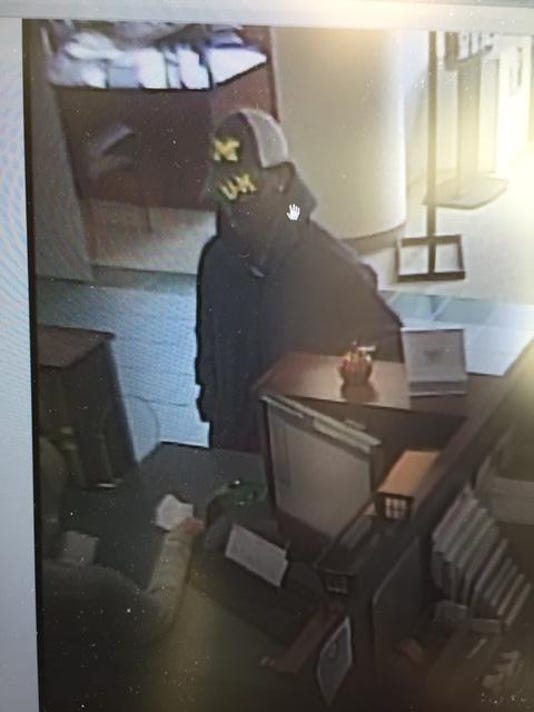 The Macomb County Sheriff’s Office is asking for the public’s help in finding a man who is suspected of robbing a downtown Mount Clemens bank.

The man, described as being about 20 years old and 5 feet 7 inches tall and about 140 lbs, walked into the Talmer Bank at 100 North Main on Thursday at around 1:35 p.m. According to reports, the man produced a note that said he had a bomb. No weapon was seen, police say.

The man was given the money and he left the bank and ran westbound across Main Street. He was last seen running across the parking lot behind the Three Blind Mice Bar.

Witnesses say the man was wearing a striped shirt under a blue hooded sweatshirt, black jeans and a “trucker-style” ball cap with white mesh on the back and a maize block “M” on the bill. He also had a thin build and a large diamond earring.

Sheriff’s deputies are on the scene and investigating the area. 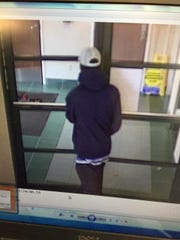