A female motorist crashed her car into Bank of America Saturday, just before 8:30 a.m. 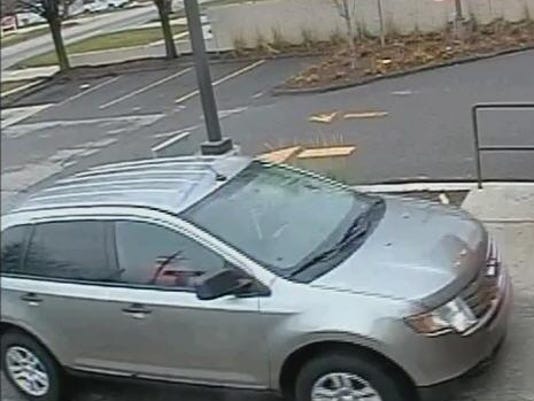 The car involved in the accident is a gray, late-model Ford Edge.(Photo: YouTube screen grab)

Banks are usually big and hard to miss — which makes what one driver in Roseville did all the more puzzling.

Police are in search of a female motorist who crashed her car into Bank of America Saturday, just before 8:30 a.m. The impact injured a worker inside the building located at the corner of 12 Mile and Little Mack.

According to a release from the Roseville Police Department: “The driver...failed to stop and drive into the south side of the bank, causing the wall to be pushed in. The driver then backed up and fled the area without identifying herself.”

The force of the crash dislodged items inside the bank that struck the bank employee. That worker was taken to a local hospital for evaluation.

Roseville police are seeking help in identifying the woman, described as a black female in her 40s with black hair who, at the time of the accident, was wearing a black hat, blue coat and gray pants.

The car involved in the accident is a gray, late-model Ford Edge.