Businesses in Warren, Clinton Township, Fraser, Roseville have been targeted 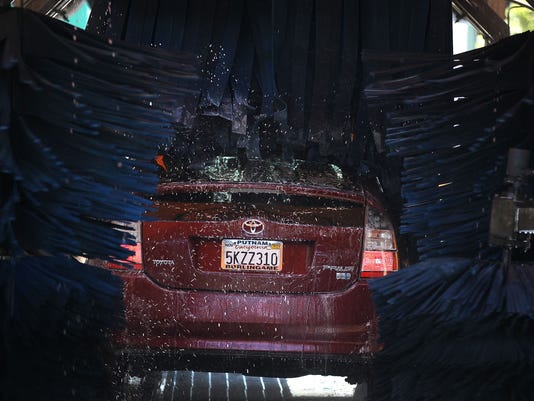 Authorities in Macomb County are on the hunt for suspects in a series of car wash break-ins in four municipalities.

Officials say someone entered a total of 10 car washes overnight in Warren, Clinton Township, Fraser and Roseville between March 19 and March 20 and stole cash and gift cards.

Warren Mayor Jim Fouts called the crimes a “smash and grab operation,” saying the thieves broke into each business while it was closed and went through the cash registers.

“We strongly suspect that it’s probably drug addicts and probably heroin addicts,” he said. “Because there’s not much money in breaking into a car wash.”

Police were able to use surveillance video at one of the car washes to see two dark figures moving around the business.

Glandon said there is a high probability the break-ins in all four communities are connected.

He said it is unclear why the suspects would choose to burglarize car washes.

“Other than you have an individual who doesn’t respect the property and valuables of others,” Glandon said.