Kristy Malter, 21, a worker at a Lifetime Fitness in Rochester Hills had been hospitalized this week and on life support 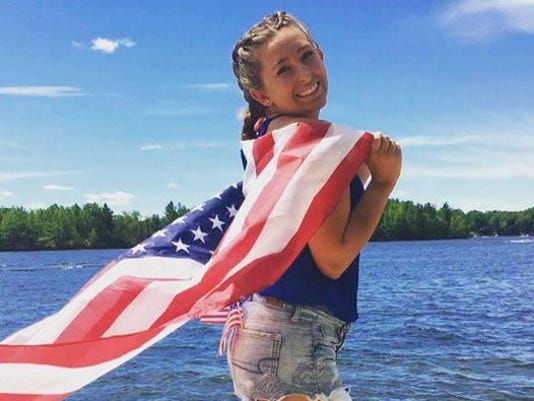 Health officials confirmed the death of a Macomb County resident from meningococcal meningitis in an email released Saturday morning.

“The family has asked that their privacy be respected during this very difficult time of grief and mourning,” according to a press release from the Macomb County Health Department. “General questions about meningococcal meningitis can be directed to the Macomb County Health Department. However, the department will not address any questions specific to this resident.”

Kristy Malter, 21, a day camp worker at a Lifetime Fitness in Rochester Hills had been hospitalized for bacterial meningitis this week and was on life support, according to recent family Facebook posts. Officials had not released the woman’s name.

Earlier this week, Oakland County Health Department warned the parents of 213 children registered for gym’s day camp that they could have been exposed to bacterial meningitis from contact with Malter. Children at risk attended camp between July 1 and 11, official said.

Not all of the registered children attended the camp, said George Miller, director of Oakland County Department of Health and Human Services.

Visitation is Tuesday at the Wm Sullivan and Son Funeral Home, 8459 Hall Road, in Utica, according to her obituary. Her funeral will be held at 9:30 a.m. Wednesday at St. Lawrence Catholic Church 44633 Utica Road, in Utica.

Amy Williams, spokeswoman for Life Times Fitness, in a issued a statement late Saturday on behalf of the gym described Malter as an “incredible team member and colleague, and loved working with kids.”

“We are greatly saddened to learn of the passing of Kristy., “ the statement said. “Her presence and spirit will be deeply missed at Life Time, and our heartfelt thoughts and prayers go out to her family, as well as to the many friends and colleagues grieving from this incredible loss.”

alter always wanted to work with children, according to the director of a school she attended.

“She was a ray of sunshine around campus,” said Greg Simon, a director at Notre Dame Preparatory School and Marist Academy in Pontiac, where Malter graduated in 2013. “She had an infectious smile. She was a very compassionate kid.”

Malter took her caring spirit to Twitter, where she posted in March the message: “My goal in life is to help every person I meet realize how truly special they are.”

Malter was admitted Tuesday night to an area hospital, where she was put on life support, according to family.

“Kristy was admitted into the hospital last night and the outlook isn't good,” her mother posted on Wednesday morning. “I'm praying Dear Lord Jesus that you perform a miracle for Kristy Malter (and) that she wakes up and is with all of us.”

Later that morning, a cousin wrote that the young woman had been put on life support.

“(She’s) so young and this is beyond undeserved,” Marty Malter said.

Children who attended the Lifetime Fitness day camp and 39 of its employees are urged to see a doctor and be put on antibiotics, Oakland County health officials said earlier this week. Nearly all of those possibly affected have been contacted by phone or email, Miller said Thursday, adding that there have been no symptomatic workers or children other than Malter.

Beth Campbell, Malter’s former cheer coach at Notre Dame and the director of alumni, said the news of her illness was heartbreaking. Malter’s was a confidant among her peers who called her “Mama Kristy,” Campbell said.