Batina Jackson was arraigned in 39th District Court on assault with intent to murder, officials said 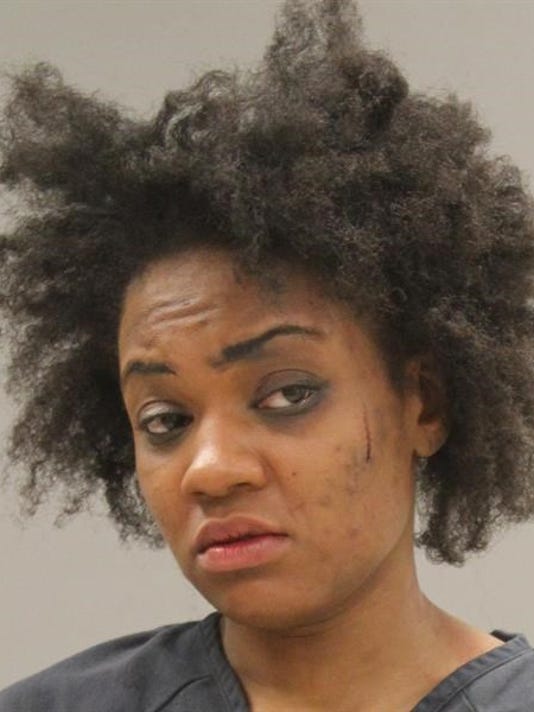 A 29-year-old Roseville woman was arraigned Tuesday on a felony assault charge after she allegedly stabbed a man who declined to "make a commitment" in their relationship, according to Roseville police.

Batina Christine Jackson stood mute in 39th District Court to the charge of assault with intent to murder, officials said. She received a $250,000 bond and was returned to the Macomb County Jail.

Jackson is due back in court Feb. 1 for a preliminary examination.

The suspect is accused of stabbing her 39-year-old boyfriend, a Detroit resident, nine times in his back and neck around 6:30 p.m. on the 29000 block of Utica, Police Chief James Berlin said on Monday. The man was attacked while sleeping.

Emergency personnel found him "bleeding profusely" and transported him to a local hospital, where he was in serious condition but expected to survive.

Jackson was arrested at the scene without incident. She faces life in prison if convicted on the assault charge.

The incident began with a disagreement earlier in the day about the pair's relationship status, according to officials.

"The two had argued earlier in the day over the victim’s refusal to make a commitment to the suspect, as they had only been dating a short time," police said in a statement. "The victim stated the argument was not overly animated and that the suspect had never been violent in their short time together."

After the argument, the victim fell asleep and later "woke up in some pain and (the suspect) was standing over him with a knife," Berlin said.

The victim fled the home while "numerous tenants" of the apartment complex dialed 911 to report the attack, police said.

Police earlier Monday reported the woman as 39 years old and the victim as 29 years old. Their ages later were swapped in a press release.