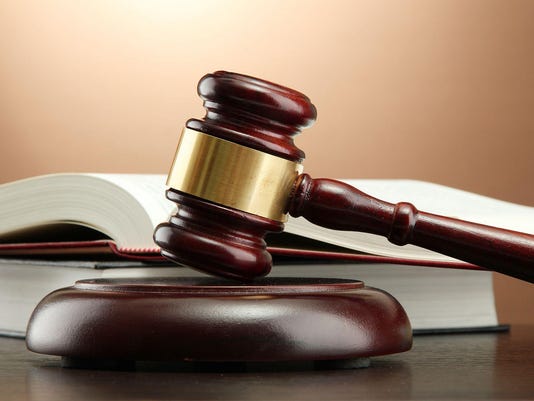 A federal jury is hearing testimony this week in a lawsuit brought by a former Warren city planner who maintains he was forced into quitting when he questioned some of the decisions made by department heads related to the city’s demoition program.(Photo: google.com)

A federal jury is hearing testimony this week in a lawsuit brought by a former Warren city planner who maintains he was forced into quitting when he questioned some of the decisions made by department heads related to the city’s demoition program.

The attorney for Bouchard, who was Warren’s city planner from January 2011 through August 2014, told jurors Tuesday in her opening statements that her client was given “the silent treatment” and faced “blowback” from colleagues for complaining about the demolition program and questioning the legality of some of the city’s practices.

The retaliation ramped up as Bouchard continued his questioning about the city’s demolition program, attorney Jennifer Lord said. Bouchard questioned some of the city’s practices surrounding awards of federal Neighborhood Stabilization Program grants to owners who made bundled property purchases instead of individual property owners, who were charged up to $7,700 for a demolition.

Bouchard presented his concerns to council members during a September 2013 council meeting – a tape of which was played in court Tuesday – and felt retaliated against soon afterward.

“The administration would attack back as a group,” Lord said. “He sustained months of blowback and retaliation. Mr. Bouchard was the victim of systemic retaliation.”

Lord added that co-workers would not “maintain eye contact” with her client.

“People would look down as when he walked by,” she said. “He needed to talk to people to do his job.”

Lord said the city of Warren would not let Bouchard return to work without a doctor’s note. She said the city had also asked him to take a psychological exam.

Bouchard was revered by his supervisor, who had given him a $13,000 raise and a promotion at one point, Lord said.

The city’s attorney, Sheryl Laughren, told jurors Tuesday that Bouchard left his job on his own.

“He quit for no good reason,” she said. “Mr. Bouchard voluntarily resigned. He wasn’t terminated.”

Laughren added, “He didn’t quit because people were retailiating against him or he was reassigned.”

The city’s attorney said Bouchard never asked to be reinstated after he took a family leave of absence. Bouchard’s attorney says he took the leave because he was stressed out about what was happening to him at work.

Laughren said Bouchard may have quit because of a complaint by a co-worker who was upset because Bouchard sought to have conversations with the colleague about a car accident involving Mayor Jim Fouts.

The city attorney said the woman complained Bouchard was “harassing her” and that his questions about the crash “creeped her out.”

Under questioning by Lord, Ronald Wuerth, Bouchard’s direct supervisor, acknowledged he never spoke to or investigated Bouchard about the alleged complaint.

Laughren said Bouchard was given a written warning about the incident.