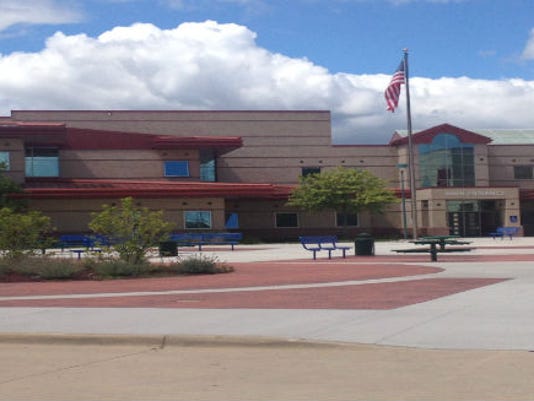 Macomb County Sheriff deputies patrolled a high school on Friday after a threat was found in a bathroom Thursday.

Officials responded to Dakota High School, located on 21 Mile and Dakota Boulevard, for a threat that was written on a urinal in one of the boys' bathrooms saying "shoot up the school on 2-16-18."

An investigation was launched and found no credible information, according to the Sheriff's office. Classes went on as scheduled Friday. Deputies were sent to the school Friday morning as a precaution and while they were on site, reports were filed that students overheard a male student in the 9th-grade saying he had a gun, authorities said.

"The student is currently being investigated and no gun has been located as of now.
The Macomb County Sheriff's Office will continue to investigate and remain on scene," according to a press release.

School officials have not immediately responded to requests but posted on Twitter saying students are safe and a message will be distributed.

A lot of rumors out there about Dakota High School. Some great conversations are occurring between staff and students, but our kids are safe. We would not be in school if we felt it was unsafe. A messenger will come out today to address the rumors.