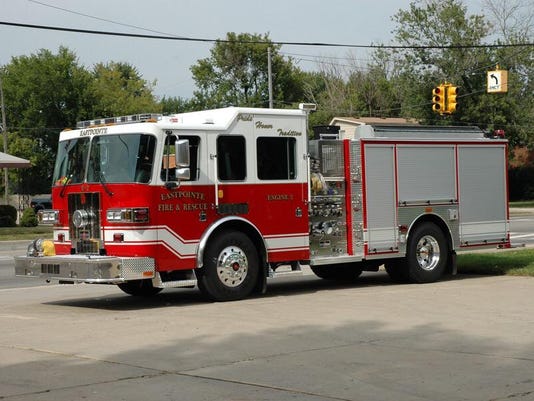 Officials are still investigating the cause of the fire, which broke out after 12 a.m. Tuesday in the 24900 block of Marine Avenue near 10 Mile and Kelly Roads, said Eric Keiser, acting director of Eastpointe's Public Safety Department.

He said police and firefighters responded to a 911 call about the fire from one of the home's residents.

As they arrived, they found the home was partially on fire and the caller told public safety officials her son was still inside the home, Keiser said.

Firefighters entered and rescued the man from the burning home.

"They found he had some serious health issues and started performing life-saving techniques," Keiser said. "He was transported to a hospital where he was pronounced dead."

The victim's mother asked to be taken to a hospital for non-life threatening injuries, he said. He did not have any information on her condition as of 11 a.m.

Eastpointe firefighters were on the scene until about 2 a.m. and were able to extinguish the blaze with help from the Roseville and St. Clair Shores fire departments, he said.

It appears the fire was accidental, Keiser said.

He also said it's important to note the home had functioning smoke detectors.

"The residents were alerted to the fire by a working smoke detector," Keiser said. "We encourage everyone to check their smoke detectors and change the batteries at least once a year. They save lives."

Authorities are still investigating the cause of that blaze, which broke out at about 5 a.m. on March 10 on the 15000 block of Juliana Avenue near East Eight Mile Road and Gratiot.