Body of 13-year-old Cindy Zarzycki, who disappeared in 1986, was found buried on Macomb Twp. property 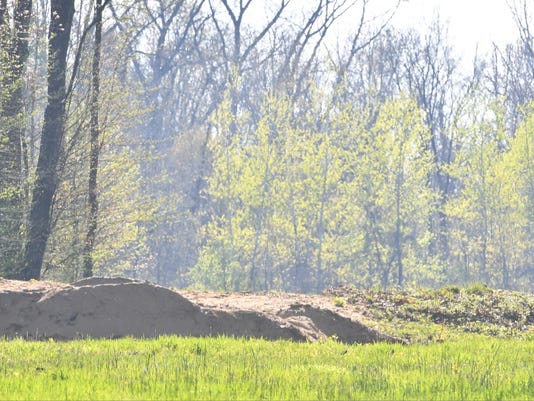 Digging in a wooded area adjacent to a field in Macomb, Michigan on Monday.(Photo: Daniel Mears / The Detroit News)Buy Photo

Macomb Township — A site that yielded the body of a missing Eastpointe girl 10 years ago is being searched again for other possible victims buried there, authorities confirmed Monday.

“We have probable cause to believe this is important to do and obtained a search warrant,” Dwyer said late Monday afternoon. “We are prepared to work into tonight and also later this week if necessary.”

Dwyer would neither deny nor confirm reports that the focus of the dig is evidence in a September 1979 case involving a missing 12-year-old Warren girl.

FBI Detroit spokesman Tim Wiley confirmed the agency had been helping in the investigation since early Monday but referred further questions to Warren police.

The search site unfolded in an open field, ringed by trees, behind a subdivision of tidy brick homes.

The presence of officers and news crews throughout the day surprised neighbors.

Police were initially directed to the Macomb Township site in 2008 by Arthur Nelson Ream, who at that time was in prison for the rape of a 15-year-old girl.

Ream subsequently was convicted in the death of 13-year-old Cindy Zarzycki, whose remains were found buried on the property.

Investigators learned Cindy knew Ream’s son and had gone to meet the elder Ream at a Dairy Queen on Nine Mile in Eastpointe when she disappeared April 20, 1986.

Ream is serving a life prison sentence for the girl’s death.