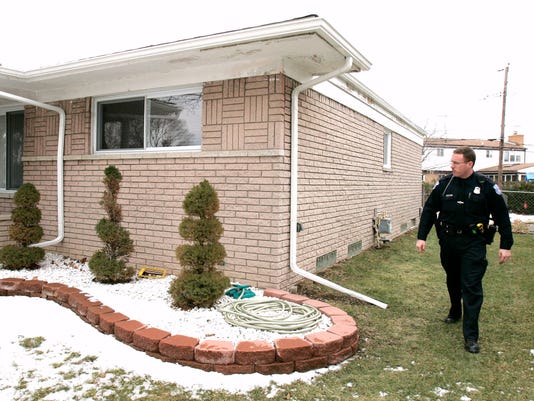 Warren — A top city police officer has been suspended from his job pending an internal investigation amid claims he used excessive use of force on a prisoner, Warren Police Commissioner William Dwyer said Thursday.

Deputy Police Commissioner Matthew Nichols was placed on administrative leave with pay on Wednesday pending the outcome of the departmental probe of alleged misconduct, Dwyer said.

"We are treating this very seriously, especially because it allegedly involves a command officer," Dwyer said. "Excessive force is something I will not tolerate, and considering this is a command officer, if ultimately proven to have occurred, it will be dealt with severely."

Dwyer said in the incident — which was reported internally by other officers — allegedly occurred July 18 when a suspected shoplifter was taken into custody by police at a business.

"He (Nichols) heard of the incident and showed up, and that is when something reportedly happened," said Dwyer, who declined to elaborate other than it did not involve use of a weapon or any other officers.

The alleged victim was treated at an area hospital for his injury and then jailed. He has since been charged with retail fraud in the related incident but police records do not reflect he ever filed a complaint about mistreatment.

Nichols, who is Dwyer's second in command and has about two decades on the Warren force, was relieved of duty on Wednesday after departmental questioning, Dwyer said.

Dwyer said he hoped the internal investigation, which will involve other interviews, will be completed in about 10 days.

Nichols has been the subject of past lawsuits involving police-related incidents, but Dwyer declined to discuss them other than to confirm other cases have been settled and there is no current litigation pending with the city.

ADetroit News review of six federal lawsuits filed against Nichols and other officers between 2002 and 2008 reveal all the complaints contained allegations of police misconduct, including assault and battery on the street and in the police lockup.

But Nichols' individual involvement, if any, was not clearly defined in filings. Five of the lawsuits were settled out of court or dismissed. In one case, a judge felt there was insufficient evidence of misconduct or the injuries claimed by an alleged victim.

A jury deliberated in one case and found in Nichols's favor and stated there was no finding that he had used excessive force as claimed by man who said he was physically and verbally mistreated by police following a traffic stop.

Dwyer did not know if any of the matters had ever resulted in disciplinary action taken against Nichols, a former police training officer who was promoted to deputy police commissioner in February 2017.