Project to give Warren a downtown with 500 apartments and lofts, a 200-room,  boutique hotel and more than 20,000 square feet of retail and dining. 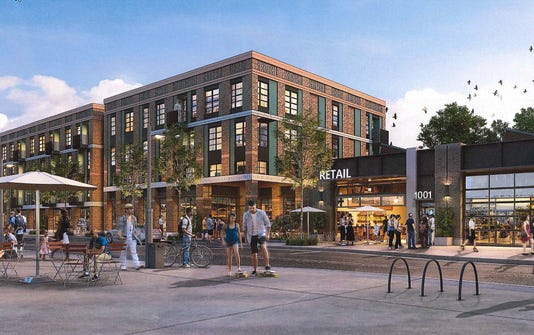 Warren — Mayor James Fouts released details Wednesday of a $170 million public-private development project in his city, including the selection of a master developer picked to put the parts together.

Flaherty & Collins Properties, which has “extensive experience in building high-end hotels,” according to Fouts’ news release, was selected by the city's Downtown Development Authority to develop Warren Town Center.

“This is an important first step in achieving the city’s goal of creating a downtown that will draw visitors and new high-end businesses to our city,” said Fouts. “The downtown concept has been a vision for city leaders since the 1960s.”

Fouts said General Motors has committed $1.5 billion in improvements and new jobs at its Tech Center along Van Dyke Avenue in Warren.

The town center is described as a mixed-use development that will feature 500 market-rate apartments and lofts, a 200-room,  boutique hotel, more than 20,000 square feet of retail and dining, and space for a 300,000-square-foot full-service grocery, like a Whole Foods or Papa Joe’s, Fouts said.

It will be built on the 16-acre site of the old city hall and in front of the new city hall, across from the GM Tech Center. The partnership will include the city, Flaherty & Collins Properties, and General Motors, Fouts said. The hotel component will be designed by Acquest, which has been involved in major projects in Midland; Franklin, Tennessee and Fort Myers, Florida.

“There will be s covered, climate control walkway, like across Big Beaver Road at Somerset Mall,” said Fouts. “Workers and visitors will be able to come and go to the town center but I expect it will make Warren a destination for others. Many of the young professionals in their 20s, 30s and up like to walk, and this will be perfect for them to live, work and play.” 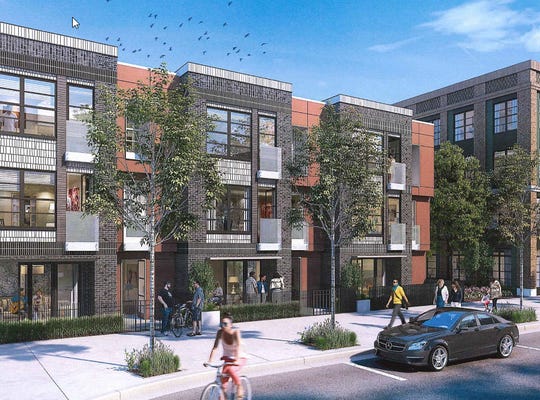 The town center is described as a mixed-use development that of public and private partnership which will feature 500 market-rate apartments and lofts, a 200-room,  boutique hotel, more than 20,000 square feet of retail and dining, and space for a 300,000-square-foot full-service grocery, like a Whole Foods or Papa Joe’s (Photo: Downtown Development Authority)

He said Warren hasn't had any first-class accommodations and out-of-town visitors often stay and dine at “the Townsend in Birmingham and the Royal Park in Rochester."

“We will be able to offer them an exciting place to spend their time right here in Warren,” said Fouts, who expects the project will include various dining options and a nightclub.

Brian Prince, a Flaherty & Collins vice president of development and lead project developer, said the project is exciting and would “invigorate the downtown core of Warren.”

The site is a great location and will be a real draw and economic stimulator for the area,” Prince said. “The goal of the development is to create a town center that does not exist in Warren.”

Fouts stressed there will be no taxpayer dollars involved on Warren’s end, except to provide land. The project will use existing infrastructure, and the city may grant some tax incentives.

“But we would have done that under any circumstance,” he said.

Fouts said a timetable for the project has not been set, as a development agreement still needs to be reached between Flaherty & Collins and the city. The project also awaits city council approval, he said.