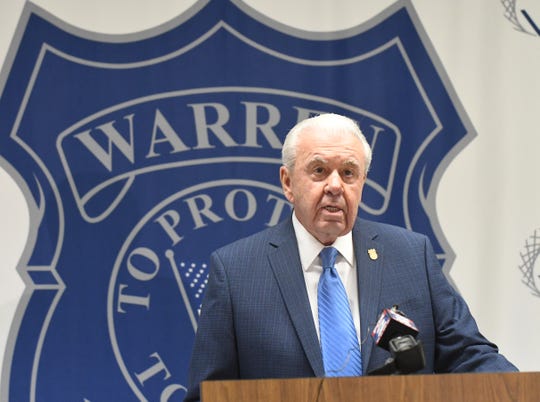 Warren — A Warren police officer has been fired for "inappropriate behavior" following an internal hearing regarding an incident with a teenage girl in the city, the city's police chief said Wednesday.

Details of the incident, including the officer’s name, have not been released. Warren Police Commissioner William Dwyer said the officer’s termination followed a closed departmental hearing last Friday.

The action resulted from findings of four violations of departmental rules: law enforcement code of ethics and integrity; conduct unbecoming of an officer; private and personal life; and conduct toward the public, Dwyer said.

The Detroit News has learned the incident involved the officer's interaction with a 17-year-old, who brought it to the attention of police.

The office has appeal rights but neither he nor his attorney could be immediately contacted for comment. Calls were also left the with Police Officers Association head Mike Sauger.

Dwyer described the action as a personnel matter that, when learned, was immediately investigated.

“I will not discuss the details of any of these, but they involve an incident that I will not tolerate,” he said. “It involves inappropriate behavior unbecoming one of our officers and he has been separated from the Police Department.

“They (violations) do not rise to the level of criminality, but his service is over with the Warren Police Department.”