Man charged in death of pedestrian in Shelby Twp.

Albert Donadio, 32, was arraigned Thursday in a crash that killed a 15-year-old boy

Man charged in death of pedestrian in Shelby Twp. 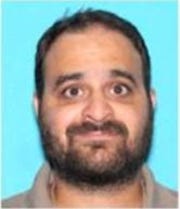 Shelby Township — A man was chargedThursday in the crash that killed a 15-year-old boy as he walked on a Shelby Township street in January, officials said.

Albert Donadio, 32, was arraigned in a Shelby Township district court on one count of operating a vehicle under the influence of drugs causing death and one count of reckless driving causing death. Both are felonies punishable by up to 15 years in prison. He was also charged with a moving violation causing death, a misdemeanor.

A judge set Donadio's bond at $20,000 and ordered him to wear a blood-alcohol-monitoring tether and undergo drug testing at least four times a month. He also scheduled his next court appearance for March 12.

Officials also said Donadio has at least one previous conviction for driving while under the influence.

The fatal pedestrian crash happened at about 6:10 p.m Jan. 5 on 25 Mile west of Hayes, according to authorities.

Police said the road was closed to traffic due to construction and the suspect is accused of driving while under the influence of marijuana.

The victim and a friend were walking west on 25 Mile when he was struck by a car, he said.

“There is no greater tragedy than a family losing a child,” Macomb County Prosecutor Eric Smith said in a statement. “The defendant should have never been driving on that closed road and it speaks volumes to his capability to operate a vehicle after smoking marijuana.”