A woman says she was running a rescue; police said the dogs were being held in bad conditions and needed immediate attention 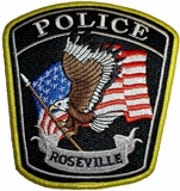 Police said a 51-year-old woman in control of the animals told them she was running a rescue. (Photo: Roseville Police Department)

Roseville — Police officers seized 33 dogs Saturday from a woman who claimed she was running a rescue out of a garage in a Roseville cemetery, officers said.

Roseville police responded to an animal welfare complaint at 11 a.m. Saturday at the Aaron Moishe Cemetery at the corner of Little Mack and Masonic.

When they arrived, officers discovered 33 dogs in various types of cages. The officer said the dogs were being held in bad conditions and were in need of immediate attention.

Police said a 51-year-old woman in control of the animals resides in the home adjacent to the garage. She told police she was running a rescue in Oakland County.

Police said it is unknown if it was a licensed facility but it appears the animals were moved from a location in Oakland County a few days ago to the garage in Roseville.

An animal control officer from Macomb County Animal Control determined the dogs needed to be removed for health and sanitary conditions. Animal Control contacted their partners to house the dogs.

Police said there was no indication that a license was applied in Roseville for the woman to operate the rescue. The incident is being investigated.

Last month, 53 dogs were rescued from a hoarding situation in Sterling Heights which were taken in by multiple shelters and the Macomb County Animal Control.